Vettel: No need for Ferrari review of strategy calls 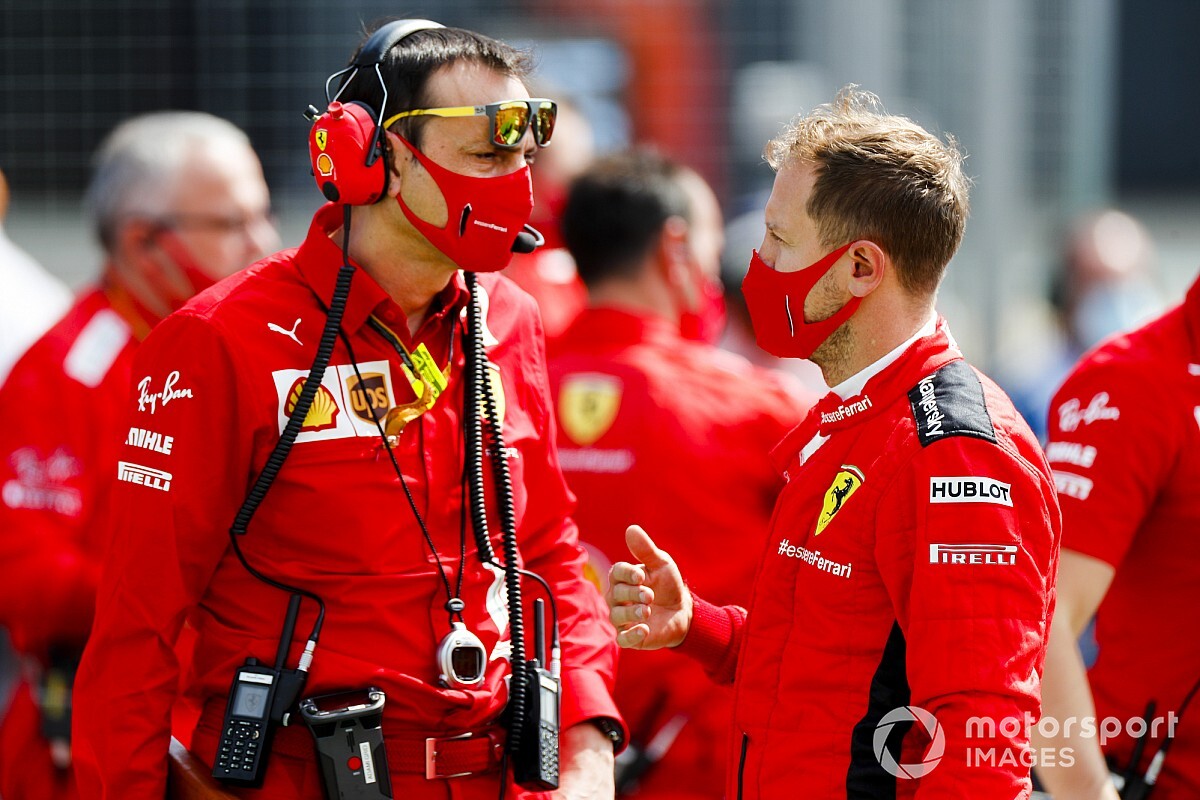 Sebastian Vettel sees no need for Ferrari to review how it plans Formula 1 race strategies and communication, saying it is “very difficult” to judge the situation from the outside.

Vettel was heard exchanging messages with the Ferrari pit wall over the possibility of extending to a one-stop strategy in the closing stages of Sunday’s Spanish Grand Prix.

Vettel initially vented his frustration after pushing on the soft tyre before being asked about going to the end of the race without pitting, but still managed to make the one-stop strategy work to finish the race in seventh place.

It was the second race in a row there had been some debate between Vettel and his race engineer over the strategy, having said the pit calls “didn’t make any sense” after the 70th Anniversary Grand Prix at Silverstone.

But Vettel said after the race that he did not think there needed to be any review of Ferrari’s approach to its strategy planning and communication.

“No, I don’t think so,” Vettel said when asked about the radio calls by Motorsport.com.

“I think we are obviously talking about it, and we had a brief chat. I think there are things we can always do better. If you play Monday engineering, it’s very easy to know a lot of things that you could have done or should have done.

“But I think the important thing is that we agreed to take that risk, and obviously it did pay off. From where we were, I don’t think we had much to lose.

“It’s normal that you communicate. I think it’s very weird for you to judge because [with] whoever is selecting which radio transmissions to broadcast and which not, it’s very difficult for you to know what is being said and get the full picture.

“It was nothing outstanding today. Obviously it’s a lot about managing tyres here, and in the end we did the decision and we stuck to it, so it’s fine.”

The decision to switch to a one-stop strategy allowed Vettel to jump from 12th at the start of the second stint to seventh at the chequered flag, fending off a train of cars led by Red Bull’s Alex Albon in the closing stages.

Ferrari F1 boss Mattia Binotto said the exchanges back and forth with Vettel should not be considered as a misunderstanding, but proof the team was happy to question varying strategies.

“Something on which we decide together with [the drivers is] we should be as open as we can, and sometimes questioning doesn’t mean that it is a misunderstanding,” Binotto said.

“The more that we question ourselves by communicating, it is important to finally get the right choice.

“If you look at the last few races, we certainly made the right choice, sometimes luckily as Seb said.

“This week, we came to the choice because we are communicating. It is our decision, so to be open on the radio, in the midfield, sometimes is difficult.

“But at least by questioning, we are able to make the proper decision."

The "shock" that gave Mercedes its edge back in Spain