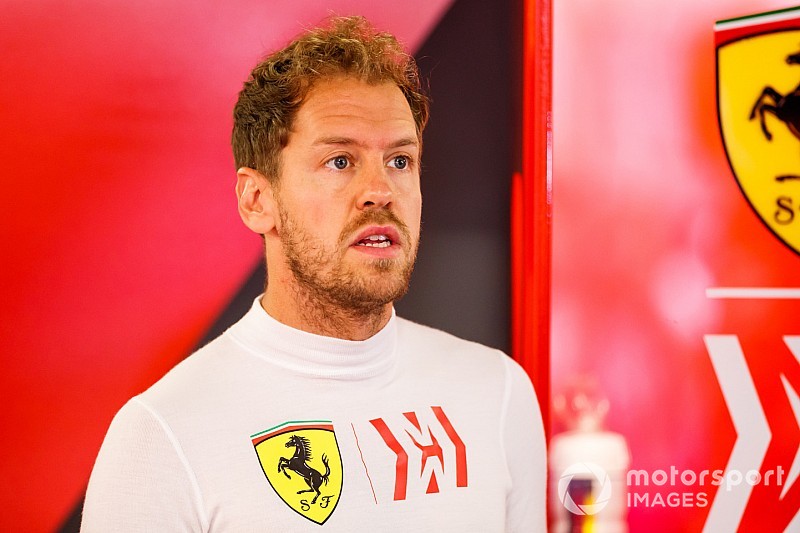 Sebastian Vettel says Ferrari needs to turn around its form before the summer break to have any chance of getting back into the Formula 1 title battle.

Vettel is 55 points behind championship leader Lewis Hamilton after six races, while Ferrari trails Mercedes by 118 points in the constructors’ contest.

Mercedes has won all six races so far and claimed 12 podiums, while Vettel has a best finish of second among Ferrari’s four podium finishes.

Vettel said: “I don't think you need to be a genius, I think the latest [to get into contention is] by summer.

“OK, we are already in the summer now, but before the summer break we need to be in a very very good shape to then use that momentum for the second half to turn it around.

“I'm not too stressed. We go step by step and we have certain things in the pipeline.

“I think we have an understanding of what the car needs. Some things that we can apply short-term, other things maybe more long-term.

“Then I think very quickly, within these weeks, we'll find out where we are.”

Ferrari is currently preparing different aerodynamic solutions as it bids to find ways to extract more performance from its SF90.

It is sticking by its fundamental car concept, partly because Ferrari has a short window with which to address shortcomings to avoid the problems it suffers from this year carrying on to 2020.

Ferrari and Vettel are therefore refusing to write off their 2019 title chances because the current car will continue to be improved.

“We certainly had not the start that we were looking for,” admitted Vettel. “Nevertheless, I think we were able to score some good points.

“The next races will be really crucial for us, to try and get back to the front, and give a much harder time to Mercedes.

“Once we can establish that, then I think we have plenty of reason to look forward.

“It will be crucial to do it rather sooner than later, but at the moment I'm not too fussed, I'm not looking at, ‘OK, this is the date, it has to happen by then and then we'll see how it goes’.

“Clearly we are behind, clearly there's quite a big margin between Mercedes and the rest. We have to close that gap and get ahead, otherwise it will be difficult to turn it around.”