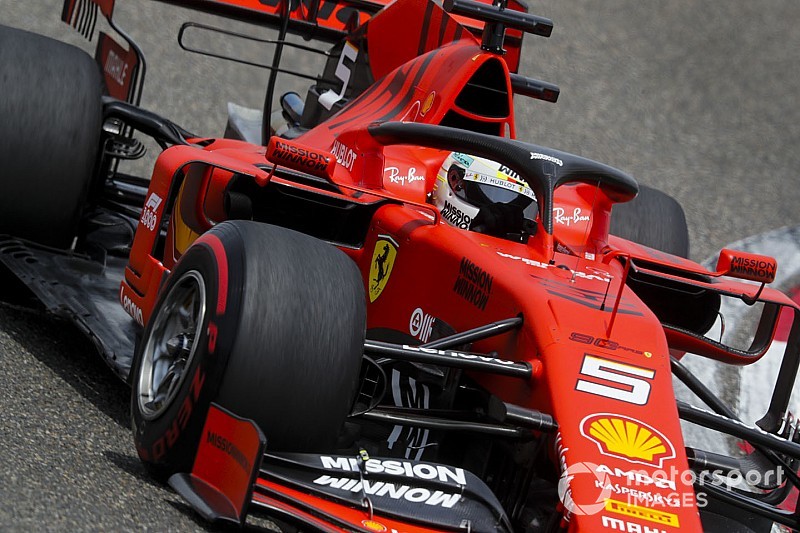 Sebastian Vettel believes Ferrari faces a vital few weeks in which it must establish how to develop its car over the middle part of the 2019 Formula 1 season.

Ferrari emerged from pre-season testing with an apparent edge over Mercedes but has been muted in the first three grands prix, while its rival has claimed a trio of one-two finishes.

It has been suggested by ex-Mercedes driver and 2016 world champion Nico Rosberg that Ferrari’s aerodynamic philosophy is compromising cornering performance too much in pursuit of more straightline speed.

After admitting he did not have a car he was happy with in the most recent Chinese Grand Prix, Vettel said Ferrari must quickly decide what it wants to do with its SF90.

“We have a very strong car, there’s nothing wrong with it, but I think we’re not able to yet put it in the window,” said Vettel, who picked up his first podium finish of the season in China. “Especially for myself, here and there.

“I’m not entirely happy yet compared to where we started off. Obviously the three tracks we’ve been to now are quite different. The conditions we had are different. But I think we start to see a sort of pattern and, especially throughout a grand prix distance, understand what we need, what I need, to really unlock this car.

“These couple of weeks and the next weeks will be very important for us to understand where we need to go in the next months.”

Ferrari and Mercedes have adopted different front-wing solutions to F1’s new-for-2019 aerodynamic rules. However, it is the overall aero performance of each car – with Mercedes superior in the corners and Ferrari quicker down the straights – that has influenced the first three races of the season.

Ferrari toiled in Australia as Mercedes dominated, but had the edge in Bahrain before its race imploded. In China, Mercedes had the quicker package but Ferrari was not as far off the pace as in the season opener.

“Australia has been certainly an exception, where the difference was very, very high and very big,” he added. “Otherwise I think between Barcelona [in pre-season testing], Bahrain, in China, the other difference was a few tenths.

“That's what you expect between two cars which are both very strong and very similar in some respects.

“We know where are the limits of our car, and these limits might be emphasised in some circuits compared to others.

“The key will be to develop the car as such that we are making it even stronger in the future.”

Russell gets why Red Bull juniors drive at "120 percent"