Sebastian Vettel says Ferrari needs to work better rather than harder if it is to make the step and end Mercedes' title dominance in Formula 1. 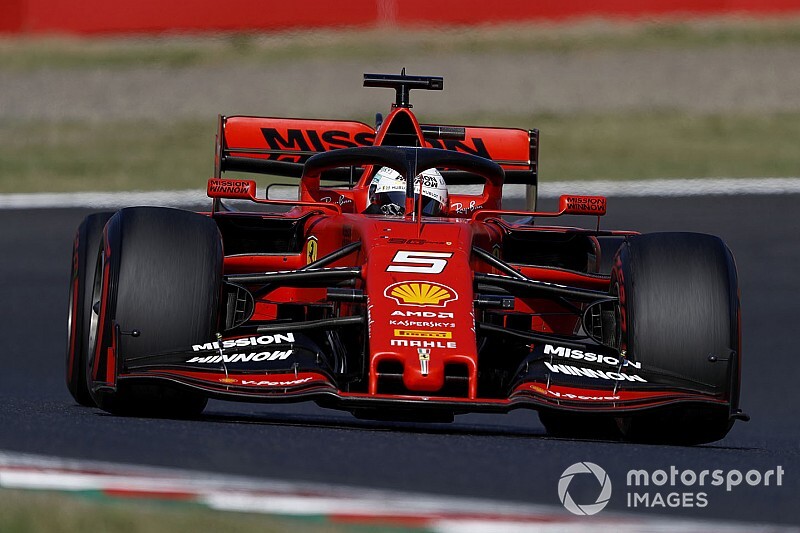 After a Japanese GP weekend where Lewis Hamilton and Valtteri Bottas helped Mercedes seal its sixth consecutive constructors' championship, Vettel thinks the key aspect Ferrari needs to focus on is ensuring it always performs at its best.

"I don't think we're lacking anything," said Vettel. "I think we just need to work better.

"I think we are very committed, working very hard but it's not yet on the level that can be achieved.

"Obviously Mercedes have shown that in the last years that you can do better and they've been able to maintain that. I think we are not in that position."

Vettel said that Ferrari needs to concentrate on overcoming its obvious deficits so it can hit the ground running next year.

"There's still room for improvement," he said. "It doesn't start in Mexico - next year.

"Next year starts next year so whatever we can learn this year, I think we've learned a lot about our car, the weaknesses. We've improved it but we're still not there so… We've had a strong couple of races but overall I think we're still a little bit behind."

And Vettel is clear that Ferrari has no room for weaknesses in any aspect of its performance if it is going to take on a team that is as strong as Mercedes.

"Obviously you can't see what they are doing but I think from the outside they are very close to perfection every time they go out on track," he said. "So very consistent, very little mistakes. That's certainly also part of what makes them so strong.

"If you clinch the constructors title with four races to go there's a lot of things you do better than all the others. If you go into detail then you can argue what their car is maybe doing better than ours but I don't think that's the point overall. It's a team effort

F1 tech: How Mercedes fought back against Ferrari