Ferrari: Vettel, not Hamilton, is "first choice" for 2021 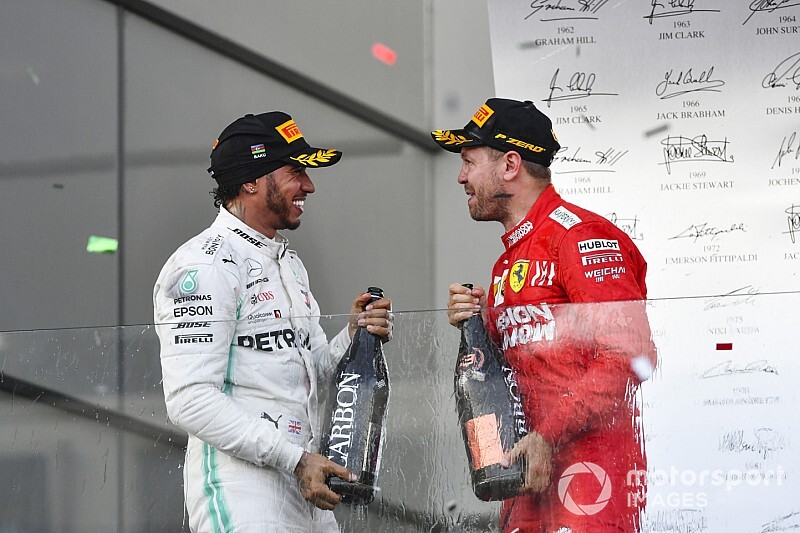 Somewhat overshadowed in 2019 by his less-experienced teammate Leclerc, who has been handed a new Ferrari deal that runs through 2024, four-time F1 champion Vettel is due to become a free agent at the end of the upcoming campaign.

But though Vettel and Leclerc's first year as teammates was not entirely smooth, and Ferrari higher-ups publicly entertained the idea of making a move for reigning champion Lewis Hamilton, Binotto has now moved to clarify that keeping Vettel was the "preference".

Asked whether Hamilton was an option for 2021, Binotto said at the launch of the Ferrari SF1000: "I want to reply on a different way. I think Seb is our first choice at the moment, and obviously it's something we are discussing with him and we will continue discussing, but he's certainly our first option, our preference at the moment."

He subsequently said that recruiting Hamilton was not something Ferrari was "considering at the moment".

Vettel, for his part, said he preferred to "live in the moment" rather than already think about his post-2020 F1 prospects.

"If you compare to three years ago, I didn't have a contract until August, so strictly speaking I was out of business half a year before the season finished," Vettel said. "So, I don't think it changes much.

Queried on a timeframe for agreeing a new deal for Vettel, Binotto said: "I think it's firstly a common decision, something we will discuss together.