Vettel: Hamilton only one with no short memory over my errors 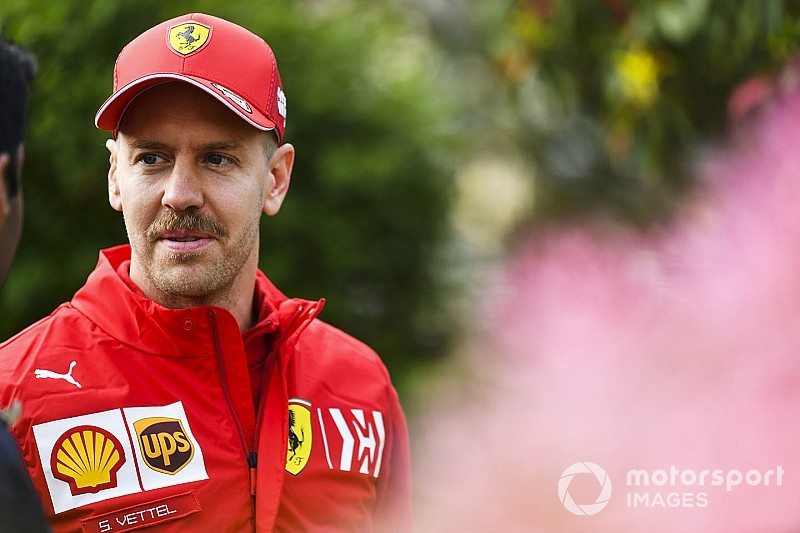 Lewis Hamilton's defence of Sebastian Vettel's errors shows he is "the only one that doesn't have a short-term memory", four-time world champion Vettel has joked.

Vettel came under renewed criticism after spinning during the Bahrain Grand Prix while battling with Hamilton.

It was similar to his error in battle with Hamilton in Italy last year, and two others in the second half of the season as his title challenge faded away.

Mercedes driver Hamilton stood up for his Ferrari rival last year and did so again in Bahrain.

“Maybe he's the only one that doesn't have a short-term memory,” said Vettel. “I think we've been around a long time, and obviously as much as I want to beat Lewis, he wants to beat me.

“But sometimes you never know what is going on with other people in their teams and so on, unless you are racing them in the same team, in which case you know a bit more.

“Sometimes things might not go your way, but when you don't understand exactly or you don't know, I think it's very difficult to say much about certain things.

“But I also know nowadays people's judgement doesn't go further than a week, forward or backwards.

“So it's part of the life. I didn't know he said anything nice, but it's nice to hear.”

Hamilton said in the build-up to this weekend’s Chinese Grand Prix that he does not feel he has built a psychological edge over Vettel.

The British driver has beat his rival to the last two championships.

“I don’t go into a battle with him and feel that I’ve got one up on him, or anything like that,” said Hamilton.

“I enjoy racing wheel-to-wheel with anyone, doesn’t matter who it is.

“I go in with the same mentality, so it doesn’t matter what driver it is in the world, here or any other class, I’d approach it exactly the same.”

As well as his error, Vettel struggled to match teammate Charles Leclerc throughout the weekend.

However, Vettel said he did not need to fundamentally adapt after what happened in Bahrain.

“I've been to Bahrain many times, I know my way around, I've won quite many times there as well,” he said.

“So, I don't think there's anything fundamentally to be learned there or understood.

“Nevertheless, every year the challenges are different and I think we had a little bit of time to understand the car a little bit more [in the post-Bahrain test], to work and play on the set-up.

“The normal approach is not like you change the way you drive or fundamental things overnight.

Will F1 make it to a 2000th world championship race?