Sebastian Vettel has explained his downbeat assessment of his Formula 1 season as a desire to be “honest” and admission he was not as good as he could have been. 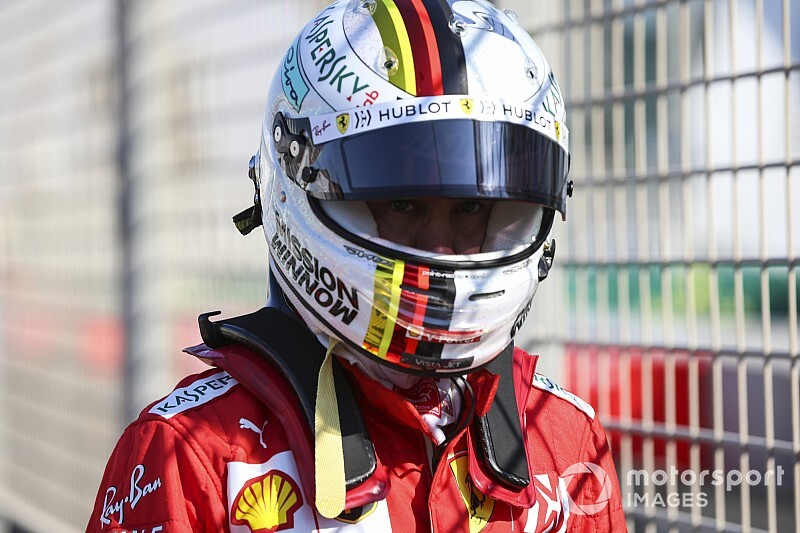 The four-time world champion won just one grand prix in 2019 and finished fifth in the drivers’ championship, his worst result since joining Ferrari in 2015.

Vettel was beaten by teammate Charles Leclerc in the young driver’s first season at Ferrari, and made several mistakes that cost him significant results at several grands prix.

After his fifth-place finish in last weekend’s Abu Dhabi Grand Prix season finale, Vettel told television crews that he should have done a better job in 2019.

Asked by Motorsport.com to explain why he was so hard on himself, and if it was down to end-of-season fatigue or a particularly difficult year, Vettel said: “No, I think I've just been honest.

“I didn't feel like I've always done what I can do. I think I've been around for long enough and I'm honest enough to admit it, so I think here and there I should have done a better job.

Vettel spun while battling Lewis Hamilton in Bahrain, a race Leclerc was leading from pole position until a late engine problem.

Two major further errors occurred before the summer break, first in Canada where Vettel’s mistake led to a time penalty that cost him victory, then in Britain where he crashed into Max Verstappen’s Red Bull.

After the summer break, Vettel spun at the Ascari chicane under no pressure in the Italian Grand Prix – which Leclerc won – and rejoined unsafely as Lance Stroll rounded the corner, leading to a penalty and meaning Vettel non-scored while Leclerc won Ferrari’s home race.

Vettel did win the Singapore Grand Prix, although that was aided by strategy hurting poleman Leclerc, and he had a team orders controversy in Russia before instigating the contact that led to a race-ending clash with Leclerc in Brazil.

While Vettel believes there’s no “rocket science to be changed” in his approach for next season he is aware he can find ways to improve.

“It's always in the details, small adjustments, so it's nothing big and major,” said Vettel. “I don't need to drive differently, I know how to drive and obviously we all work together trying to improve the car to make it faster for both of us.

“But as I mentioned before, you know you always look at yourself.

“I'm not doing the same stuff that I did 10 years ago, I've evolved and I think to the better. But certainly here and there there's things that you always feel you can do better.”

Vettel believes he was not helped by Ferrari’s poor start to the season, which resulted in several grands prix where its car was simply not competitive enough to fight Mercedes.

“We spent the first half of the year trying to really understand where we are lacking performance together, trying to be precise finding answers, what the car is missing, and so on, trying a lot of things,” said Vettel.

“Here and there, I think we could have focused more on on-the-day performance. But it's also part of the process.

“It is nothing huge, nothing big, but I feel that the way I was driving here and there, I've had a couple of mistakes that I shouldn't make.

“In terms of approach, et cetera, there may be small things I can do.”

The starring F1 rookie who doubted he could make it