Sebastian Vettel was "disappointed" to lose out on a first Aston Martin Formula 1 win at the Hungarian Grand Prix, after being stuck all race behind first-time winner Esteban Ocon.

After carnage at the wet start took out several contenders and polesitter Lewis Hamilton made a wrong decision not to come in for slicks at the restart, the Mercedes driver released Alpine's Ocon and Vettel into an unlikely fight for victory.

Vettel hounded the Frenchman lap after lap, dipping in and out of DRS range behind the Alpine, in what seemed to be a faster Aston Martin.

But on the twisty Hungaroring the German, who is chasing a first win for his new team after taking a podium in Baku, could never get close enough to attack Ocon's lead and had to settle for second place in the wake of the first-time winner.

Vettel credited Ocon's flawless performance to take a maiden win but was left disappointed as he couldn't convert his faster pace into a win.

"I'm a little bit disappointed because I felt I was a little bit faster the majority of the race," Vettel said. "But Esteban didn't do a single mistake and I didn't really get close enough. It is not an easy track to overtake, so I really pushed very, very hard but he stayed on track and well deserved for him to celebrate his first victory.

"Obviously, it's a great result for us but when it is that close for sure you are always looking at the win rather than the second." 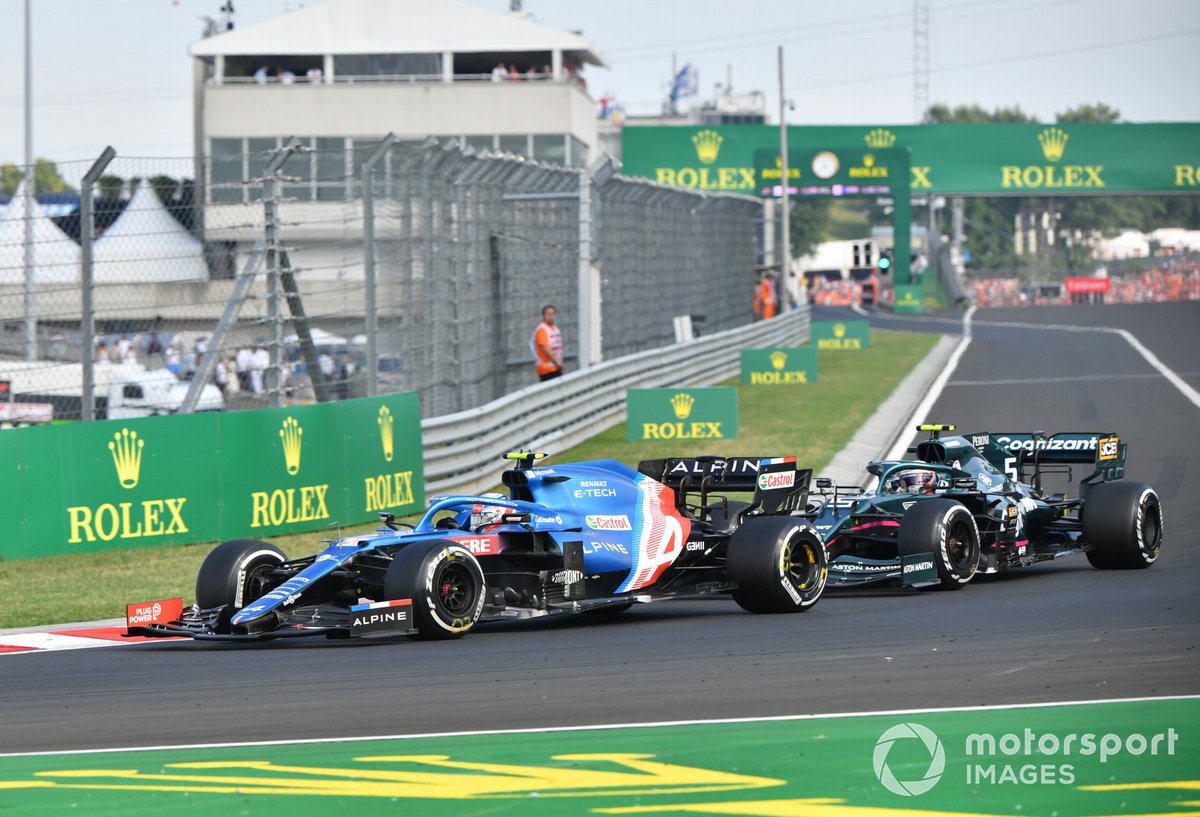 Vettel said he was trying to pressure 24-year-old Ocon, who had never led a grand prix before Sunday, but found it impossible to stay close enough through the downforce dependent second half of the Budapest circuit.

"I think we are very close with Esteban in terms of pace and I pushed so hard, I tried to push him into a mistake," the four-time world champion explained. "It's so difficult in the middle sector, the final part of it, to stay close enough. Otherwise, I think I could have tried something but like I said he did well to defend the way he did and not running into a mistake."

Vettel, who is one of four drivers summoned by the stewards for not following the pre-race ceremony procedures, said he was fortunate to have a "very bad" start as that allowed him to stay clear of the chaos ahead of him.

"l had a very, very bad start, but it turned out to be the best place to be," he added. "So, obviously there was a lot of stuff going on ahead of me and I took it easy and took the inside line.

"I was clean and found myself basically in the front of the pack, so that definitely made our race today."