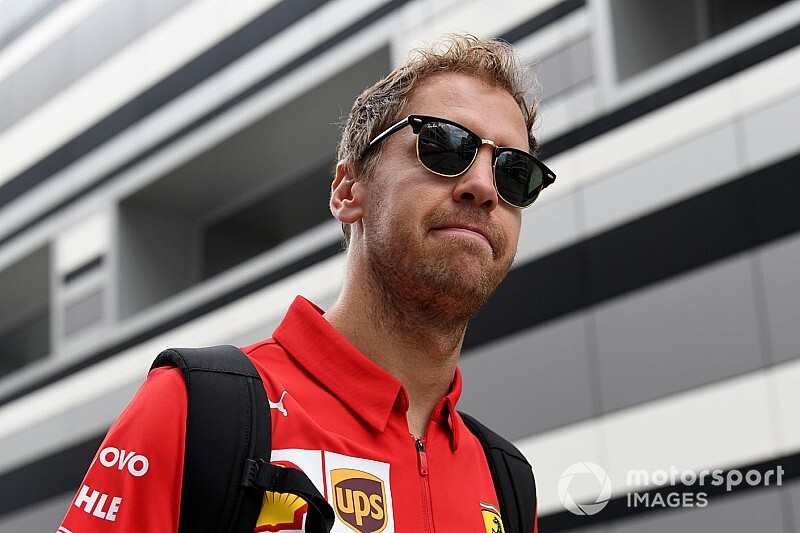 Mercedes, Ferrari and Red Bull have all offered to take part in the October 7-8 test at Barcelona, after Pirelli requested the extra test in order to prove its latest 2020 constructions on a high severity circuit.

It had completed its last planned running for next year's tyres with Mercedes at Paul Ricard earlier this month.

Some teams were opposed to the test but the FIA opted to accept that a 70% vote in favour of the idea among the teams would be sufficient.

Ferrari has now confirmed Vettel will take part on its behalf, with the test running on Monday and Tuesday leading up to the race at Suzuka.

"We've asked so many times different things of Pirelli, it was only our duty to do these tests when they ask us to go and test these latest evolutions," said Ferrari's sporting director Laurent Mekies.

"Yes, logistically it is complicated. Sebastian will drive there and at the very end of the test he will fly to Japan. We felt it was our duty towards everything we're asking of Pirelli to support [them]."

Japan starts a run of five races at the end of the year outside of Europe.

Teams and drivers have a week off after Suzuka, before back-to-back races in Mexico and the United States, then a week in between races in Brazil and Abu Dhabi to complete the season.

Mercedes and Red Bull will turn to development drivers for their running.

Renault-bound Esteban Ocon will drive for Mercedes, while DTM and GT racer Jake Dennis will reprise his testing role for Red Bull.

"It's tough, but doable," said Mercedes' technical director James Allison. "The aim of getting better tyres is a noble one.

"We're just leaning heavily on people who are knackered. But they'll step up and do it."

Red Bull chief engineer Paul Monaghan agreed that it is a "very difficult" addition to the schedule.

"We are heading to Suzuka and with Honda we want to be in the best shape we can be and now we're being pulled to Barcelona as well," he said.

"We will do it. We'll run a car. Mr Dennis is down to drive it, I believe he's going to drive it.

"He's driven our car plenty of times before and he'll be fine, he'll do a good job for us, and we'll go and do a tyre test."

Pirelli F1 boss Mario Isola said the company is "grateful" the teams have agreed to test and that he "fully understands it is a big effort".

"Testing is very important for us, we need it to validate our tyres on track," he added.