Sebastian Vettel said he “couldn’t get on top” of his Ferrari Formula 1 car after a disappointing qualifying session at Silverstone. 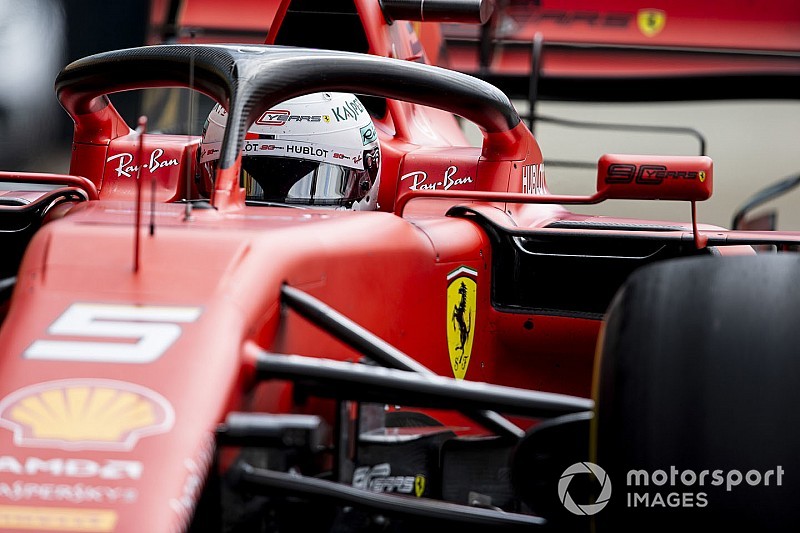 The former world champion could manage only sixth on Sunday’s grid, having been outpaced by teammate Charles Leclerc in all three sessions.

“I think I just struggled to extract what was in the car,” said the German. “I couldn’t get the right feel, I’m not happy with how it went.

“It didn’t look great on my side, I struggled to feel the car today, just couldn’t get on top of it in time.”

Vettel admitted that the biggest frustration was his failure to improve over the three sessions.

“Just didn’t click, so from my point of view right from Q1 I wasn’t able to extract any more from the car, we hovered around the same times.

“We struggled to squeeze out everything from the tyres, from the car. I think it’s fair to say we were just doing the same from Q1 to Q3, I wasn’t really going with the track, unlike anyone else."

Asked about prospects for the race, Vettel said: “Mercedes should be the favourite, but I think we’ll have a fair battle with the Red Bulls, and take it from there.”

Leclerc, who was an encouraging fastest in Q2, lost out to Mercedes drivers Valtteri Bottas and Lewis Hamilton in the final session, and lines up third.

The Monegasque driver, who outpaced Vettel by over six tenths and was just 0.079s off pole, felt he couldn’t have done any more.

“Very, very happy with my lap," Leclerc said. "I think in the last corner I maybe could have done a little bit better, but not much.

"Overall we are very happy with the performance, very close to the Mercedes and we did not expect it, we thought we would be struggling more this weekend.

“We have been struggling since P1 with the front end of the car, still in qualifying, but a bit less. It was a good qualifying session for us and I will have hoped for a higher position, but third is the best we can do today.

Both Ferrari drivers set their Q2 times on the soft tyre, as they did in Austria, whereas their main rivals at Mercedes and Red Bull will start the race on the medium.

Vettel made it clear this was because "we think it's better to start on the soft", while Leclerc added: “We wanted to do that, again I think in Austria it was not a bad choice. That is not what made us finish second there, so we are pretty happy here too.”