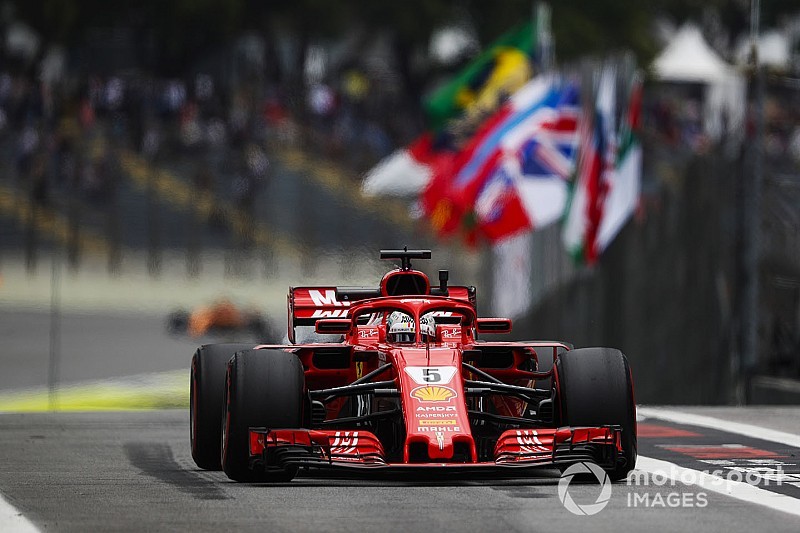 Ferrari Formula 1 driver Sebastian Vettel has received a reprimand and a heavy fine after a stewards' investigation into his behaviour at the weighbridge during Brazilian Grand Prix qualifying.

Vettel, called up to the weighbridge when he came into the pits without setting a laptime early on in the second segment of qualifying, was anxious to get through the process as he hit a cone and hurried FIA staff through the motions.

He subsequently incurred the wrath of technical delegate Jo Bauer, who reported the four-time world champion had ignored instructions, didn't switch off the engine as required and “destroyed the scales” by speeding off under his own power after the procedure.

The matter was referred to the stewards and Vettel, who finished second behind pole-sitter Lewis Hamilton in qualifying, was subsequently summoned.

After deliberations, Vettel was handed his first reprimand of the season, as well as a fine of 25,000 Euros, for “failing to follow the instructions of the relevant officials for the safe and orderly conduct of the event”.

He was, however, allowed to keep his front-row start for Sunday's race.

It was explained in the verdict that Vettel had indeed “eventually stopped the engine, although not at the time usually expected in the established procedure”.

This cleared him of one of the relevant charges.

“While no one was hurt by the scales being thrown out from behind the car, and while the Stewards accept that the driver did not drive off the scales in a reckless manner, the procedure is established exactly to prevent damage to the scales or a potentially dangerous situation, which is exactly what was caused.”

Sirotkin says Hamilton did nothing wrong in Q2 near-miss