Ferrari's engineering chief Jock Clear believes Sebastian Vettel will come back a stronger driver in 2019 after the "unfinished business" of another title miss. 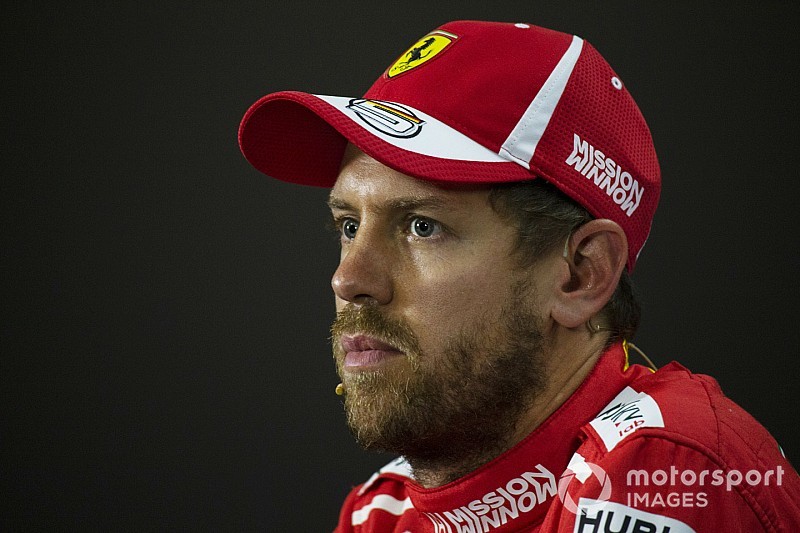 Although Ferrari emerged as a major threat to Mercedes in the fight for the Formula 1 championship, late season errors derailed its campaign.

While a number of driving mistakes highlighted the pressure that Vettel was under, Clear thinks that the German will use the experience to make himself better in 2019.

"The fact is drivers of his calibre relish the pressure," said Clear. "That's again what I think, the top athletes pit themselves against the best and the pressure is the pressure. That's part of the job.

"I think he has enjoyed the season. There have been highs and lows. I think he said recently that losing the championship in 2009 he found more frustrating.

"I think on the whole, he has come to this battle willing to take risks, willing to give it his all and we're part of that. We've all done our part this year to the ups and downs.

"I think from Seb's point of view it just gives him more strength to come back next year and say 'this is unfinished business'."

While Ferrari was disappointed to have missed out on the title, Clear says that one of the key lessons learned this year is the need for the team to perform consistently throughout the whole season.

"It has been a fantastic battle and that's why we do this sport," he explained. "It's seasons like this that you just relish,

"Obviously when you are on the wrong end of it, it is frustrating. But specifically, we haven't really looked back at what point, as you put it, things slipped away from us.

"The fact is a season is season and the points we score in Abu Dhabi are just as important as the points you score in Australia, and to win a championship you need to put together a full season and we haven't done as good a job in that respect as our direct competitors and we are aware of that.

"We look back over the season, we look at the strengths of what is probably the strongest Ferrari season for 10 years and we build on those strengths.

"I think the win in Austin is a testament to the fact that the team does come back and does fight back and we did understand some of the issues we uncovered in the second third of the season."