Vettel had upper hand on Leclerc in races - Heidfeld 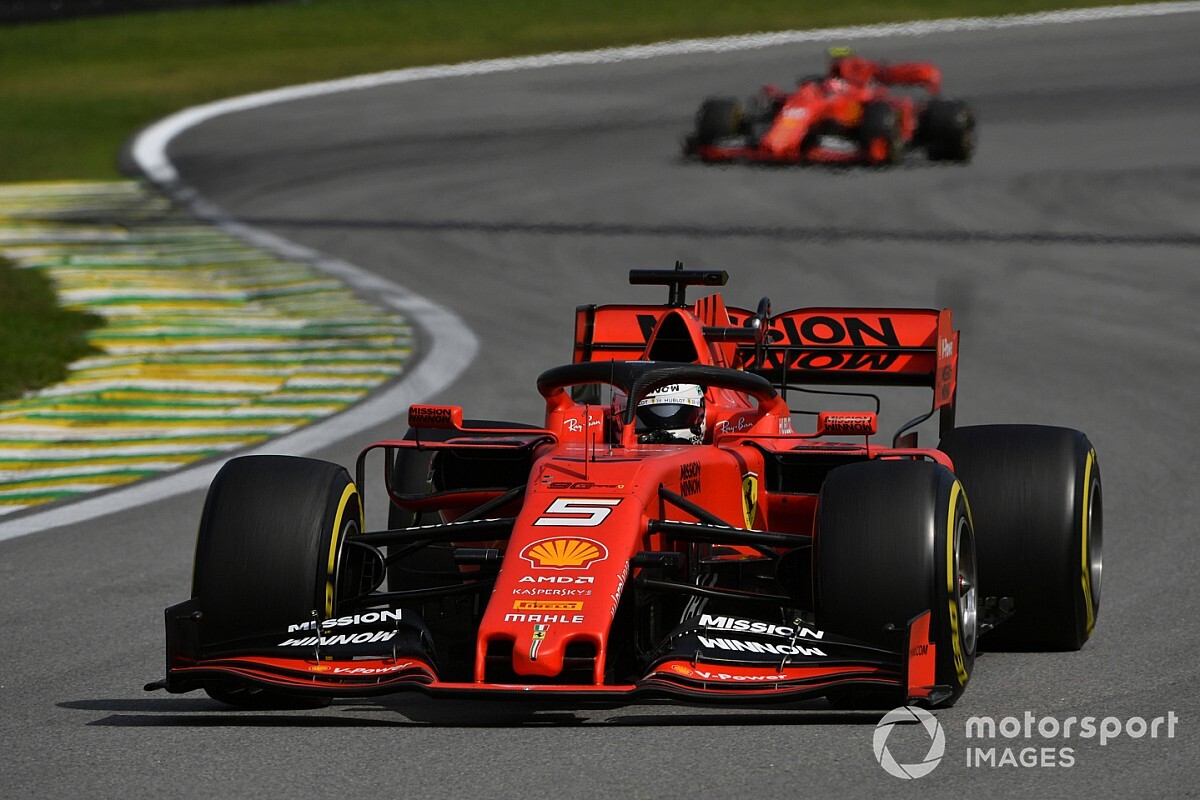 Former Formula 1 driver Nick Heidfeld believes Sebastian Vettel "had the upper hand" on teammate Charles Leclerc in the races during 2019.

Vettel endured a tough 2019 season at Ferrari, winning just one race in Singapore. That win came during a strong spell for Ferrari, which teammate Leclerc managed to capitalise on more than Vettel.

After the summer break Leclerc took four consecutive poles and converted two of those into wins in Belgium and Italy.

Leclerc also defeated Vettel in points and in qualifying duels, while Vettel made headlines with a couple of high-profile mistakes.

Heidfeld, who was Vettel's teammate when the latter made his debut in the 2007 US Grand Prix for BMW Sauber, believes Vettel can bounce back if he cuts out those mistakes.

"I think the most important thing for him would be to do less mistakes in races," Heidfeld said in the F1 podcast Beyond The Grid.

"That has been his biggest downside of some of the last couple of years, something he didn't show that much in his world championship years."

Heidfeld thinks Vettel and Leclerc were more evenly matched than their results would suggest and believes Vettel was actually the stronger of the two on race days.

"In the races actually Vettel in my view has had the upper hand," he said. "If you look at their qualifying pace, Seb had some issues at the beginning of last year, but I think he got on top of them and they were very evenly matched. It was not like Leclerc was beating him all the time."

"On pure pace I would say that Leclerc would probably improve a little more than Vettel, just by the simple fact that he is still young and learning a lot, but I think they are fairly even."

Heidfeld, who contested 183 grands prix between 2000 and 2011, feels Vettel has public perception against him because of the hype surrounding young superstar Charles Leclerc.

"Leclerc is obviously a fantastic driver. And I never since Leclerc arrived said or thought that Vettel didn't do a good job,' he added.

"I think it's just one of those occasions when a young kid comes in who nobody has high on their list yet, and then beats the world champion.

"Therefore [many] think that Vettel isn't a good driver, but maybe in a few years time everybody says: 'Okay, look at Leclerc.' He is maybe then also a world champion or has beaten every team mate he drove against, and you can put it into a different perspective."