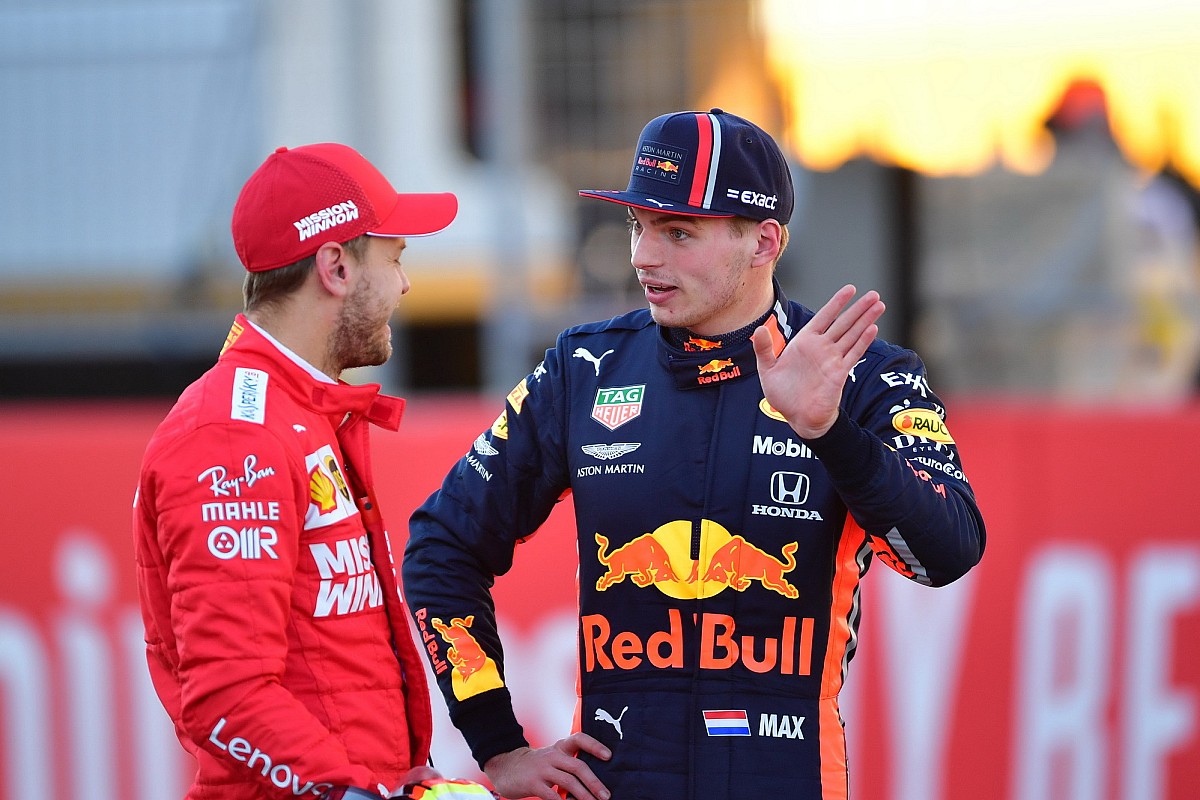 After the US GP, Verstappen referenced the Italian team’s drop-off in form that coincided with an FIA technical directive on fuel flow, noting that it was “what happens when you stop cheating".

“Well I think it is a sign of our times that a lot of people have something to say,” said Vettel when quizzed at Interlagos on Verstappen’s comments. “I think the big difference to the past is a lot of people are being heard, whereas maybe before they were being ignored.

Pressed on what he thought about Verstappen effectively accusing Ferrari of cheating, Vettel was more expansive.

“As I said, everybody is free to say what they want. I don’t think anybody in the team took it personal. I think it is not professional or mature, but I can also see that you [the media] are probably interested in me answering back, and I don’t have much interest in that, other to say than for us, the best way to answer is to go back to normal.

“We are not proud of how we performed in Austin on Sunday, after Saturday nobody had the need to complain. Sunday we probably struggled with more than one thing, conditions, tyres, set-up, which are things we need to work [on].

Vettel insisted that Ferrari’s straightline performance in Austin wasn’t due to a drop-off in power subsequent to the technical directive.

“Obviously I wasn’t taking part in much of the race, but for Charles [Leclerc] we didn’t have the pace that we normally have, but I know it is not for that reason. There are other things that made a difference and played a role which we are looking to understand.”

Vettel added that he doesn’t see Brazil as a specific opportunity to silence the critics with a strong performance.

“I don’t need to be, there is nothing to silence for me. But I guess it helps, I mean we want to win here and if we win one-two, I guess it would have a silencing effect as well on that front.

Asked in Brazil if he had gone too far in his comments on Ferrari, Verstappen said: “I prefer not to comment on it. I think it’s much more important we look ahead and focus on the last two races, and just fight it out on track.”

No newer-spec ICE for Leclerc 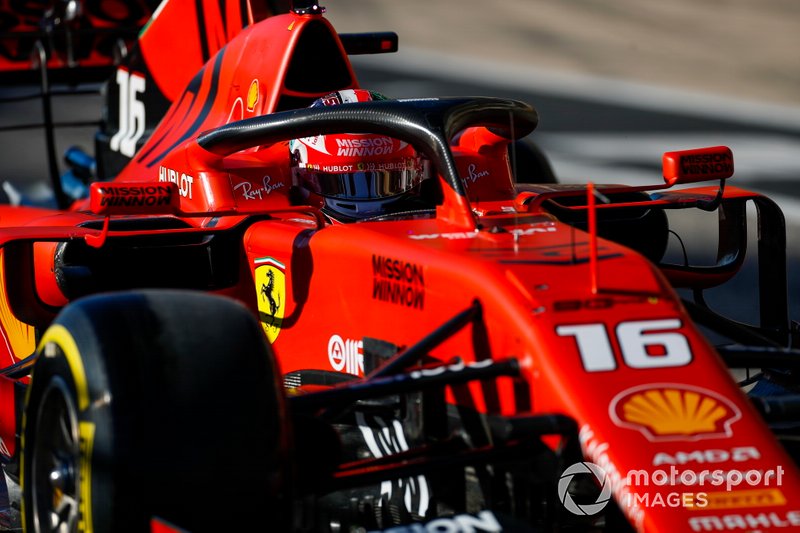 Vettel's teammate Charles Leclerc will take a grid penalty in Brazil, with Ferrari having elected to install a replacement current-spec ICE in his car after a failure in practice at COTA left him with an older specification for qualifying and the race.

According to Leclerc, the penalty should be limited to only 10 places on the grid, with no plans to fit any other replacement components over the season limit besides the ICE.

"Obviously this weekend won’t be easy with the 10 places [of] grid penalty,” Leclerc  said. “But I believe this was the best opportunity for us for the rest of the championship, so [we'll] try to limit the damage as much as possible this weekend and try to do the best as possible, then we will see the advantages of changing the engine in Abu Dhabi.

“Overall I think it will be a plus, whether it will be in qualifying or the race. I think it’s pretty similar, but there will be an advantage overall.

“There is more to gain by changing the engine, with the older one, we have seen in Austin – it was not all of it, but there was probably a little bit of it inside the results – and I’m pretty sure this will help us to get results.”

Leclerc confirmed that the new V6 is of the same spec as its immediate predecessor, contrary to suggestions that Ferrari might take the opportunity to try out an upgrade with an eye on 2020.

“Basically the phone call I had was [that] we are putting the same engine spec as the one we’ve lost in Austin. I don’t think there was any discussion, at least not with me for this possibility.

“The engine is exactly the same one as the one we had issues with in Austin, so nothing new on that. It will only be a new one because the old one cannot be used anymore.”