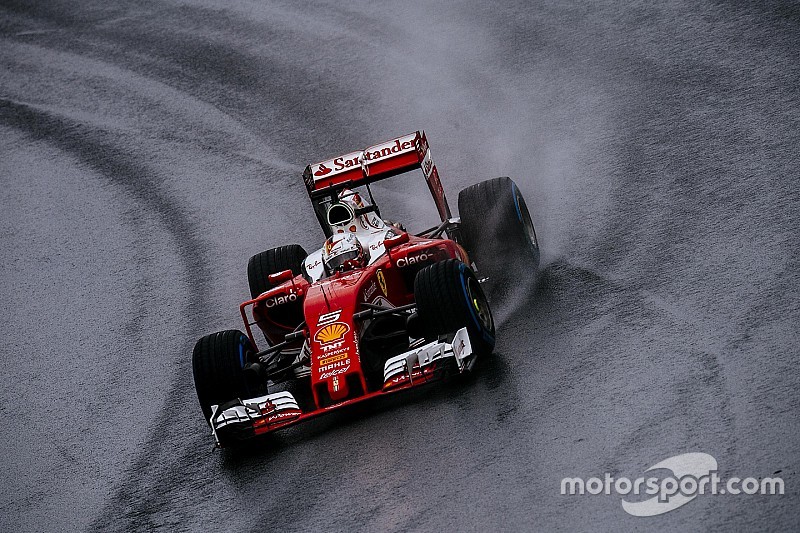 Sebastian Vettel claims that Max Verstappen was not correct in the way he squeezed him off the track en route to a podium finish in the Brazilian Grand Prix.

The Ferrari driver was running in fourth place when, on lap 67, the fast-charging Verstappen came up behind him and challenged for position.

After holding off an overtaking move at Turn 4 earlier in the lap, Vettel was finally forced to concede on the exit of the final corner when Verstappen dived to the inside and then left his Ferrari rival with no room on the exit.

Vettel complained over the team radio that he had been pushed off the track and later explained that he felt Verstappen's driving had not been acceptable.

"I think I was racing him side-by-side," said Vettel. "He saw me, I still had a little bit of my nose ahead and he was much faster.

"So it was about the corner where he gets past, not if he gets past. But I don't think it was correct."

After a competitive showing for Ferrari in qualifying, the Italian team struggled in the wet with both Vettel and teammate Kimi Raikkonen suffering incidents in the race.

Raikkonen brought out the red flags early on after crashing on the start-finish straight, while Vettel had to come through the field after an earlier spin dropped him down the order.

"Obviously not ideal in the first part to spin," explained Vettel. "I had some aquaplaning, but I was not the only one.

"I think it was a good recovery, but difficult to come back. I struggled to get past Carlos Sainz, but I don't know why. It took a lot of laps before I really started to feel well in the car and [by then] it was too late."

Why the Brazilian Grand Prix was stopped again

Red Bull says Brazil tyre gamble was worth it