Vettel in shock over Whiting after Australia track walk

Sebastian Vettel says his shock at the loss of Formula 1 race director Charlie Whiting has been intensified by the fact he shared a track walk with Whiting in Australia on Wednesday.

The Ferrari driver and Whiting met up at the exit on the Albert Park pit lane on Wednesday afternoon and stayed together for a first part of the lap as they inspected the circuit.

As news of Whiting’s death emerged on Thursday, Vettel said he was left in disbelief about the loss of someone so highly regarded.

“I guess I was as shocked as we all still are now, especially since I spoke to him yesterday and walked the track for the first couple of corners together with him,” said Vettel. “It’s difficult to grasp when somebody is not there any more.

“I have known him for a long time and he has been our man, the drivers’ man. Obviously there are regulations and all that, and then there is us, and he was the middle man.

“Someone could ask anything at any time, he was open to everyone and his door was always open. He was a racer and a very nice guy.”

Williams driver Robert Kubica was also out on track at the same time as Vettel and Whiting on Wednesday, but decided not to interrupt them.

“It is a hard moment,” said the Polish driver. “I saw Sebastian walking with Charlie yesterday.

"I thought I would not interrupt them because I would see him on Friday at the drivers’ briefing, which will not be the case and it is very sad.

“He [Whiting] was a kind of icon of F1, but not only F1. He was, as Seb said, a racer, but also keeping up with everything in the regulations. And he was really kind of a person who you could always trust and commit with. It is a very sad moment.”

Max Verstappen spent time with Whiting at a recent stewards’ convention, and said his passing was proof about the need to appreciate each day.

“It was a big shock – because I spent the day with him in Geneva, and we had a good chat about a lot of things," said the Red Bull driver. "When I left, I said ‘see you in Australia for another season of racing’. So when you hear this news, it is unbelievable, at 66 years old.

“You have to appreciate every day and every morning that you wake up, and enjoy life. It is not only about F1 it is about other things in life, so this is just one part of it.

“I think at the moment what is the most important is that the thoughts are going to his family and friends and close ones.”

World champion Lewis Hamilton added: "I was incredibly shocked to hear the sad news and my thoughts and prayers are with his family.

"What he did for this sport, his commitment, he really was a pillar as Toto [Wolff] said. Such an iconic figure in the sporting world. May he rest in peace.” 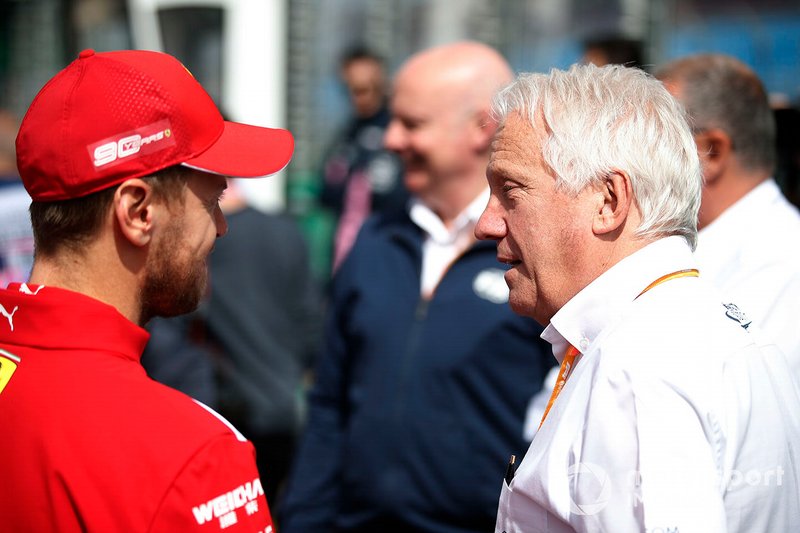 Formula 1: Russell would be "massive loss" for Williams in 2022

British GP to still welcome fans, but numbers may be restricted