If you think that the march of technology in Formula 1 has been limited to just cars over recent years, think again.

For it's not just what the drivers sit in that has changed dramatically: the same is true for what they wear.

Racing overalls, boots and gloves may well appear from a quick glance to be similar to how they were in the past, but dig a little deeper and you can see that things have evolved a fair bit.

Just compare and contrast the way that Jacques Villeneuve famously opted for the most baggy overalls he could get away with for comfort reasons when he was racing (pictured below), to the slim fit fashion of drivers today.

For where once drivers viewed their overalls and boots as perhaps a necessary inconvenience, now they treat them with the same attention as every other element of car – and even believe there are performance advantages to be had if they make the extra effort.

One notable example last year was looking at the racing boots of Renault teammates Daniel Ricciardo and Nico Hulkenberg.

While Hulkenberg was happy with a fairly traditional boot, Ricciardo felt this was an area where he could save weight – so chased a lighter concept including a unique sole that was just 1.5 mm in depth.

Speaking to Motorsport.com about the reasons for going so extreme, he said: "To be honest it's all weight saving. That's the primary purpose of it.

"It is quite tight in the footwell as well, so having a lot of rubber as well as a lot of sole, even though it's heavier, it doesn't feel that comfortable and I don't have much much room to move. So it was originally for weight saving and then I just got used to it. But I'm trying to get them lighter and lighter - that's the way. It feels like a sock."

While the saving of weight through his special sole may be minimal in a car that weighs 660kg without the driver, in a sport of incremental gains, everything adds up. And every 10 grammes of weight saved means 10 grammes of ballast being better located somewhere. 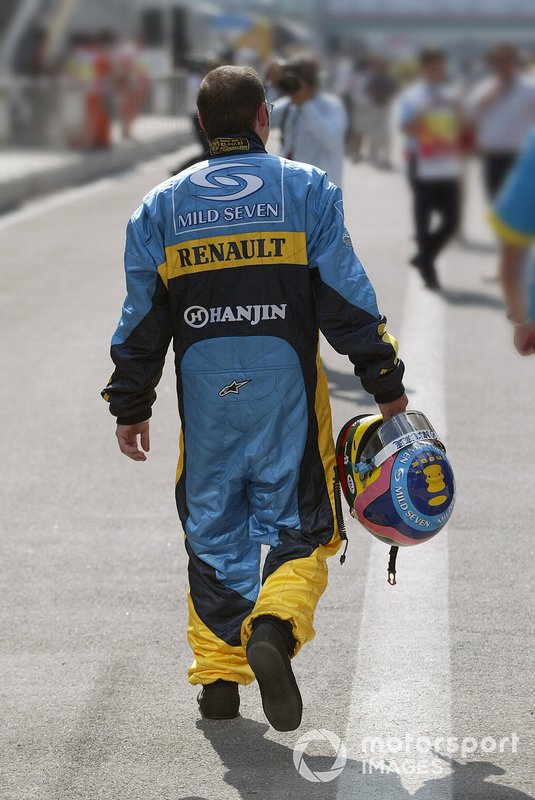 It's why the progress in the technology of driver overalls - in terms of the materials being used, the process to apply sponsor logos, and the fashion of being tighter (so less fabric is required) - means the weight has come down over the last decade from almost 1.3kg to just 700-800 grammes now depending on the size of a driver.

To put that into context, if 10 kg of weight is often equated to be worth 0.3 seconds per lap, then 500 grammes in just overall weight is still worth 0.015 seconds. In F1, that can be the difference between a grid slot...

Ricciardo's attention to detail is typical of the current generation of drivers, who look to every element that surrounds them to find the smallest of gains: be it weight or comfort.

One driver once even put in the bizarre request for a type of an all-in-one baby-grow for his underwear rather than having them as separate pieces. It didn't catch on as a fashion – and the suspicion was it was only requested because he kept forgetting to bring his socks!

But it is no surprise to hear from Ricciardo's Renault race wear supplier Alpinestars that one of the big eye openers for them as a company was the way in which Michael Schumacher lifted the game in this area when he worked with them.

As Alpinestars' apparel product developer Chiara Consarino said: "The thing is the drivers they tell you what they don't like, but they are not able to tell you what they do want. There are very few that are very good at that. But Michael Schumacher was, on the technical front, the best person I have ever worked with.

"He was one of the most active. He was focused on details and was one of the first who started thinking about reducing the overall material and making a slim fit. We made some overalls for him when he did some private tests for the Race Champions back in 2008/2009, and they were really super-tight, when all of the other drivers were wearing baggy suits."

Schumacher eventually teamed up in F1 officially with Alpinestars for the first time when he made his comeback with Mercedes in 2010. However, he had got to know the company through his exploits on motorcycles in the immediate period after he first retired.

And it was lessons he gained from there – with overalls being much tighter fitted – that he saw opportunity to improve F1 racewear. A move to tighter overalls (which weigh less) became possible through the use of the stretch panels and the pre-shaping of the overalls that were so common in motorbike safety wear. 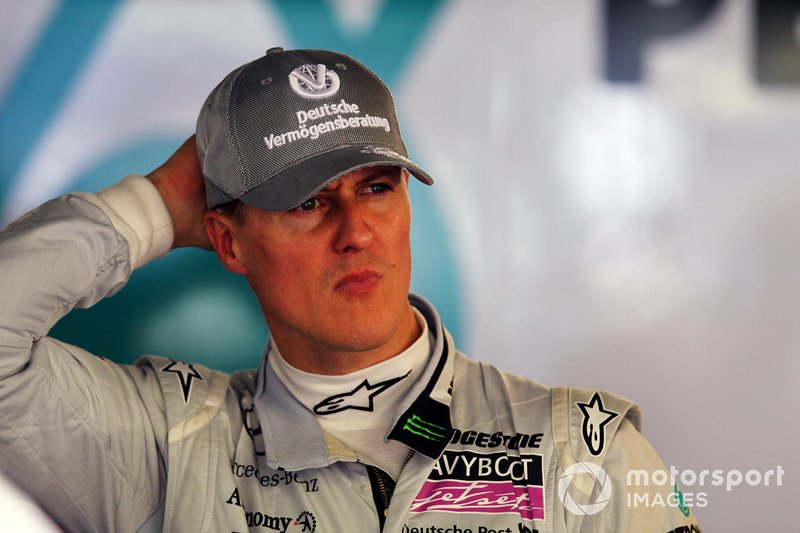 Alpinestars' then commercial manager Jeremy Appleton, who kept a close on eye on developments in both MotoGP and F1, says one conversation he remembered about glove design showed the level of detail that Schumacher went in to.

"He was very focused about the grip from his gloves, so we worked with him a lot on it," said Appleton about the work to design the right location for silicon and leather grips on the palm.

"He was involved as well in grip equalisation technology we came up. In particularly wet conditions, when the gloves have moisture in them, you could have really good exterior grip on the steering wheel, but then a hand could move within the glove and slide about. So we ended up with an equalising grip that made sure that his hand was absolutely steady on the steering wheel."

Although Schumacher set some trends, other drivers since then have also stood out with their focus on the tiniest of details. Ricciardo's boots are one example, but Fernando Alonso also impressed people with how seriously he took the race wear element.

The Spaniard especially pushed hard in helping reduce weight in the boots: moving the concept away from the traditional lace-ups to the more modern Velcro idea that most drivers in F1 now use.

Consarino said: "Fernando was very demanding. He's very focused on details. And he knows what he wants. Fernando gave clear indication on where the seams on the underwear would have to be positioned because he was feeling that they were touching his collarbones and also on the sleeves."

It's been a fascinating journey for Alpinestars working with some of F1's best drivers, but equally the men in the cockpit also feel inspired that they are able to give their input too.

As Ricciardo said: "I never really found myself to be too fussy, because at the end of the day I'll get in and get on with it. But when you do have someone like Alpinestars giving us a lot of attention, then you can afford to be a bit fussy and get your way.

"I made some changes to the suit for example, like some stitching lines which were digging into my hips, and then with the boots I have put in a bit of time. So I guess they forced me to be fussy because they're always there and willing to help: and that's not a bad thing."

And working with drivers has certainly been an eye opener and a help in understanding just how deep their needs go.

As Consarino said: "When I started working here, I kept saying how can can a seam be important to them? It's just three millimetres.

"But when I first went to a race and then I understand that, okay, every detail counts for that. When they are racing at 300km/h, they don't have to have anything bothering them." 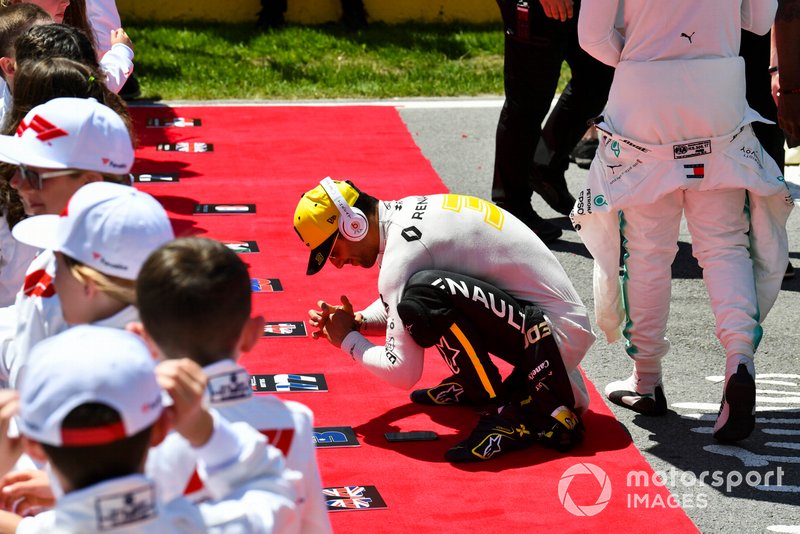