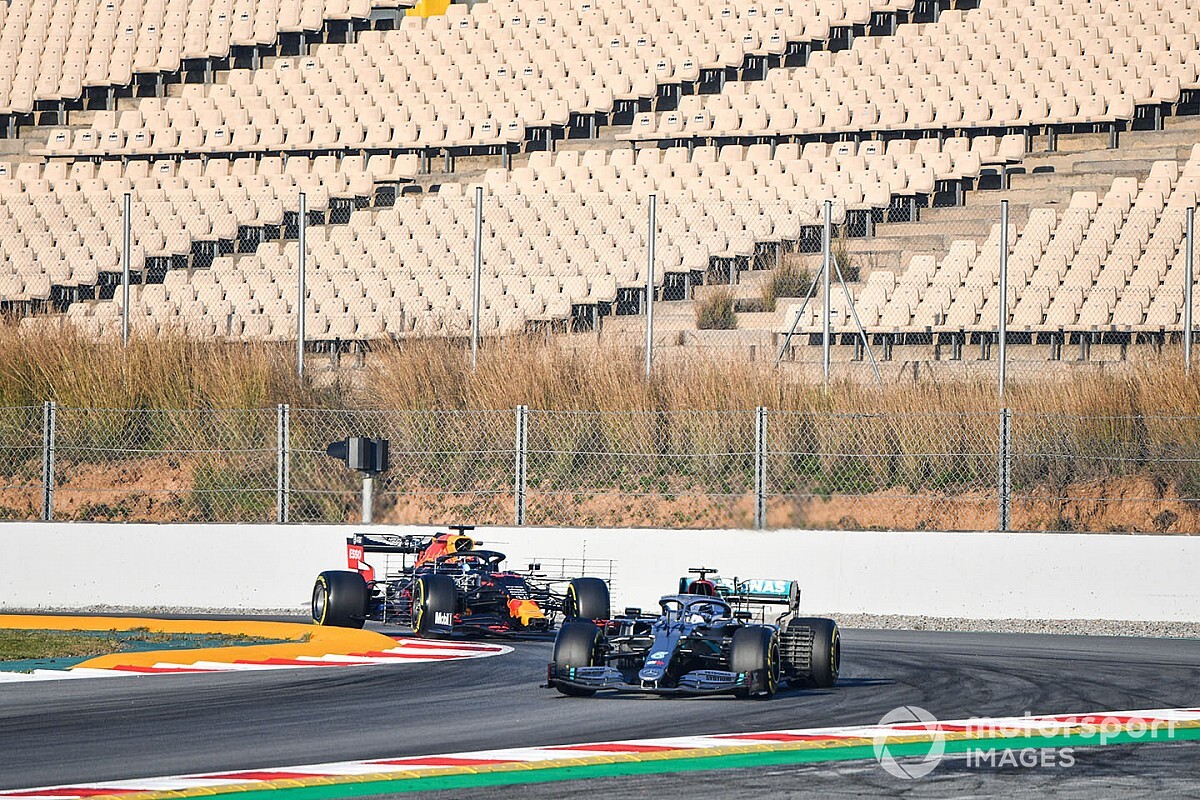 Mercedes proves F1 innovation is alive and well, Ferrari certainly didn’t get the start it wanted, while Racing Point's gamble appears to be paying off. Our experts on the ground weigh up all the major talking points from the first week of F1 testing.

The two weeks of Formula 1 pre-season testing might each be a day shorter than last year, but there's been no shortage of talking points to delve into from the opening three days of 2020 running.

Eyebrows were raised at the absence of any red-flag periods for almost the entirety of the first two days but, with only six days of running available before the season-opening Australian Grand Prix in mid-March, was it really a surprise to see all of the teams hit the ground running and rack up the miles quite so quickly?