But he admits an investigation will be required in order to determine the role it played.

After the accident, the halo and cockpit side of the Sauber showed clear signs of the impact with one of the McLaren's tyres after Alonso was sent flying over Leclerc.

"We've already had a cursory examination of the parts, of course," said Whiting when asked by Motorsport.com what role the halo played.

"A little early to say. The high-speed camera won't tell us a lot, the onboard camera that we've seen so far is not particularly clear.

"But I think what is clear is the significant tyre marks on both the chassis and the halo.

"I think it would be a little bit speculative but I think you can see that it doesn't take much imagination to think that the tyre marks could have actually been on Charles's head. It would be a bit of a miracle if they weren't, had the halo not been there, you know.

"There's a huge extent of the tyre marks, as you've all seen, for sure, so it doesn't take a lot of imagination to think that probably would have made contact with his head. But that is slightly speculative."

Whiting says that the incident will provide the FIA with some useful data, in much the same way as a similar one involving F2 driver Tadasuke Makino in Barcelona.

"Exactly, we went right through that to try and gather as much as we can from it.

"Our researchers have done a fairly detailed report on it, an internal report of course, but all we're trying to do is gather as much, because we're in the process of beginning development on halo 4, so the more information we can get, the better.

"We've taken lots of photographs and our researchers will be contacting Sauber tomorrow morning just to make sure we understand for example when they take the halo off to try and see if the fixings and the bolts that fixed it are all in good shape, and more importantly to see if it's been distorted.

"It's being held in by bolts at present, but we want to see if it springs into a different shape so we can try and learn whatever we can from that. It looks like it's had a fairly hefty whack though." 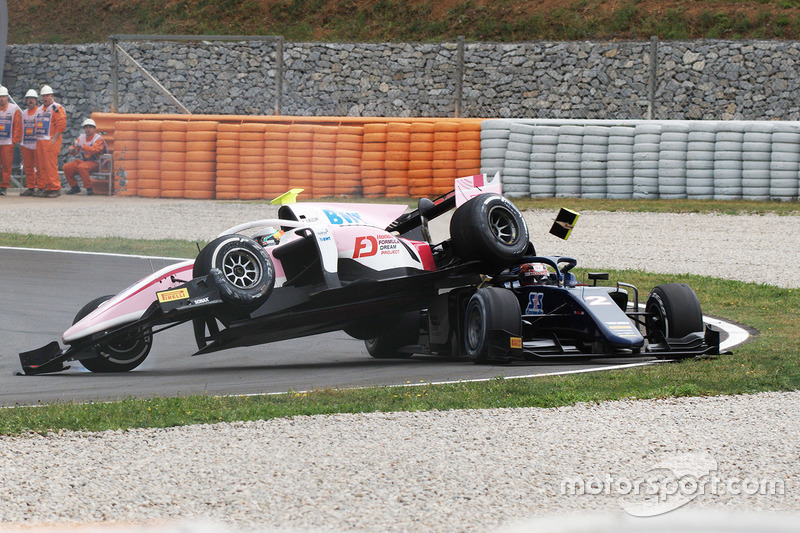