Why Bottas faced impossible task to come through field in Sochi

The Mercedes Formula 1 team says that cooler conditions on race day in Russia made it harder for Valtteri Bottas to come through the field after taking a grid penalty.

Bottas took a new power unit for Sunday’s race, and moved back to 16th on the grid, ahead only of other drivers who had taken penalties – including Max Verstappen in 20th.

While the change was necessary after the Finn suffered an issue with his newest engine on Friday, it also opened up a tactical opportunity for him to cover and possible compromise Verstappen’s expected progress through the field.

However Bottas was overtaken by Verstappen after just six laps. While the Dutchman continued to gain positions, Bottas found himself stuck, and unable to repeat the charge to third place that he made in Monza.

Before the rain hit in the closing stages of the race Verstappen was running seventh, while Bottas was languishing in 14th. However an early change to intermediates saw him jump up to fifth at the flag.

“Like Max for example, he was able to progress much better than me. I don't know. Mainly what I struggled with was big understeer, and this was when I got close and I couldn't get to overtaking distance.”

Asked if he could have done more to hold back Verstappen he said: “He was just able to really come through the field.

“I need to have a look if there was more I could have done but I think he passed me pretty easily. I think he then overtook the cars ahead of me, and I had no chance.” 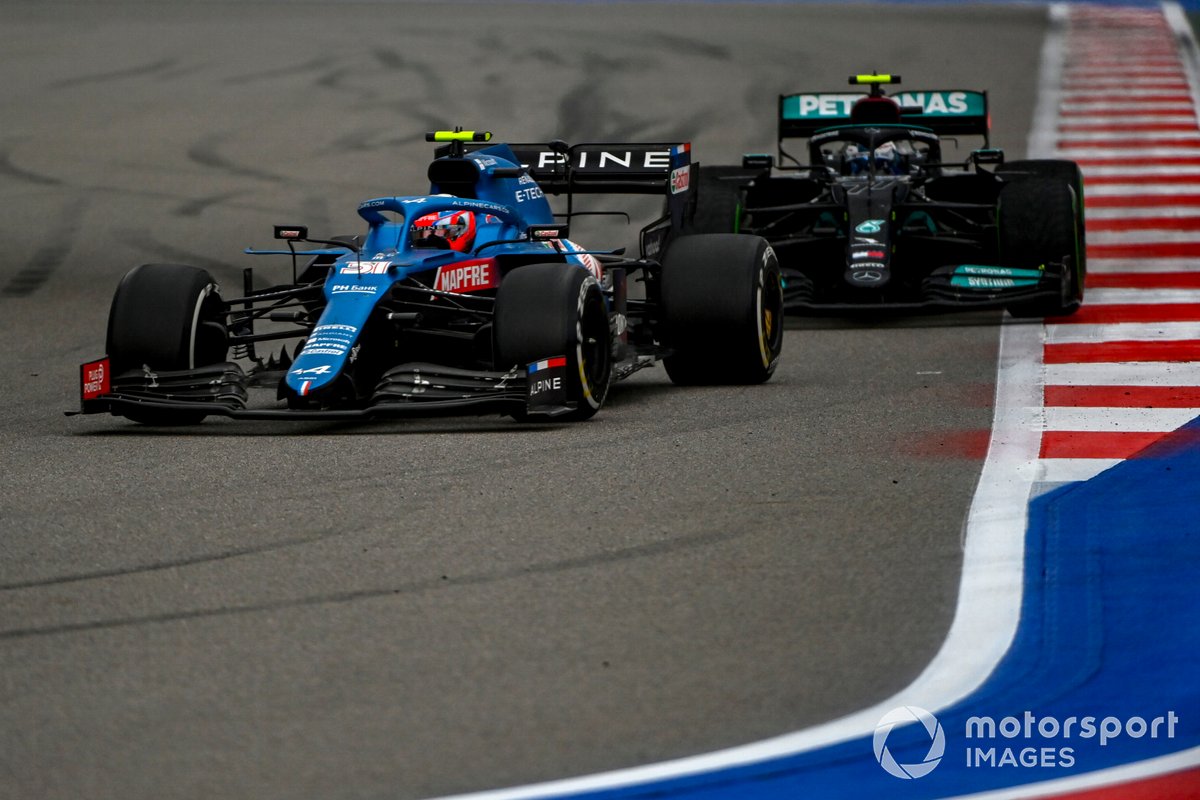 Mercedes trackside engineer director Andrew Shovlin explained that the understeer was encouraged by lower temperatures on race day, and that compromised Bottas’s chances of staying close to rivals ahead.

“Principally that the cooler conditions the front tyres were having a tough time,” he explained. “We were understeering a bit. Whereas on Friday, the rears were really the axle that was suffering the most, here it was the front.

“And when you can't follow in those last four corners, then you can't get close enough to overtake, but it was really down to car balance. I think the cooler conditions are actually making it more difficult, rather than easier.”

Mercedes team principal Toto Wolff, who was heard giving Bottas a hurry up on the radio, admitted that the team could have done more,

“I think we need to provide Valtteri with a car and power unit that can make him overtake,” he said. “You've seen that he's not lacking the ability because Monza was spectacular.

“It's just here for whatever reason, you have seen with Lewis at the beginning that our car was struggling with understeer, if you struggle with understeer, you're not getting close enough.

“And Lewis couldn't overtake the guys in front of him and the same happened to Valtteri. So I think we just need to know really understand why the car lacked competitiveness in traffic, and felt good in free air.”