Now, over a century later, three of the manufacturers competing that day are still active in F1 and the country has re-emerged after a few years’ absence from the F1 calendar as a firm fixture at the iconic Paul Ricard circuit. Motorsport Live reflects on the history of the French Grand Prix and why fans should make a beeline for this year’s race. 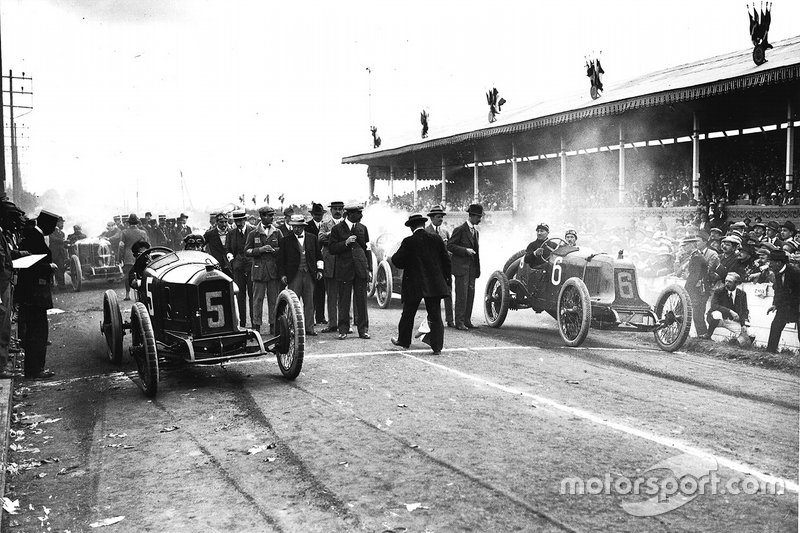 Grand Prix motor racing started on a variety of road courses across France throughout the first half of the 20th century as the growing global manufacturers did battle, interwoven by fluctuating political tensions across Europe, with racing taking a hiatus during the two World Wars. French manufacturer Renault triumphed in that first 1906 Grand Prix on closed public roads around Le Mans. The city has been synonymous with motorsport ever since, albeit primarily for endurance racing - the 24 Hours of Le Mans – and more recently MotoGP. Also in the field that day were entries from Mercedes and FIAT, still present today in F1 with the Ferrari brand.

Check out the Motorsport Live Podcast

It was Alfa Romeo, competing in 2019 with the Sauber team, that triumphed at the inaugural World Championship French Grand Prix upon the formation of Formula 1 in 1950 as teams and drivers did battle at Rouen and Reims, the road courses alternating annually, until the greater professionalism and business-driven nature of racing led to closed circuits being used. Paul Ricard was the original home, only to subsequently lose the race to Dijon, before Magny Cours established itself as the home of the French Grand Prix in the 1990s and 2000s.

After a decade-long absence France re-took its place on the calendar in 2018 at the now redeveloped and upgraded Circuit Paul Ricard converted for wheel-to-wheel action after spending a prolonged period as a test venue. 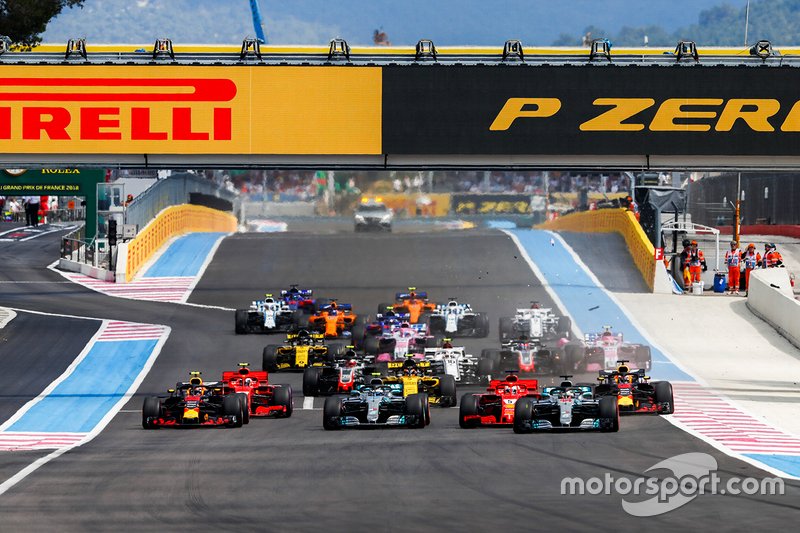 Paul Ricard returned to the calendar in 2018

It was Lewis Hamilton and Mercedes who triumphed from pole position in 2018 – a win that ensured the five-times World Champion has taken a victory at each of the circuits on the current Formula 1 calendar, as well as meaning he has savoured success at more different race venues (26) than any other driver in history. Kimi Raikkonen was second last year for Ferrari while Red Bull’s Max Verstappen ensured three different teams – with three different engine partners – finished on the podium. 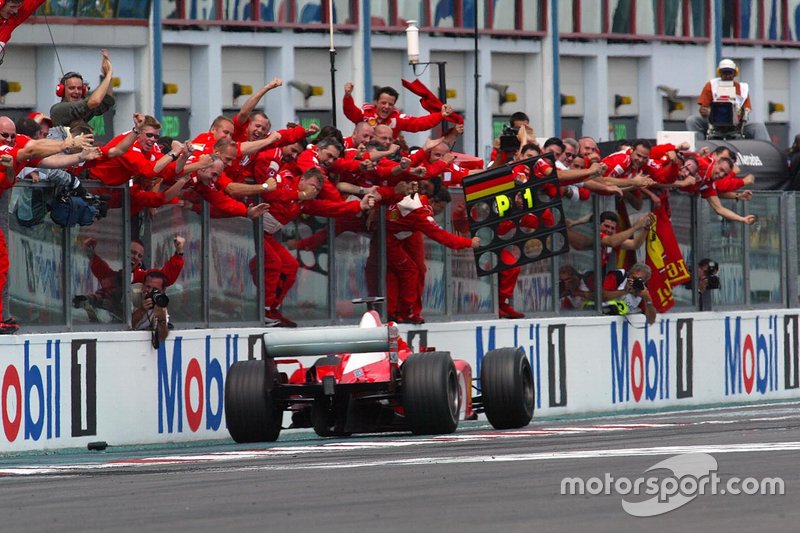 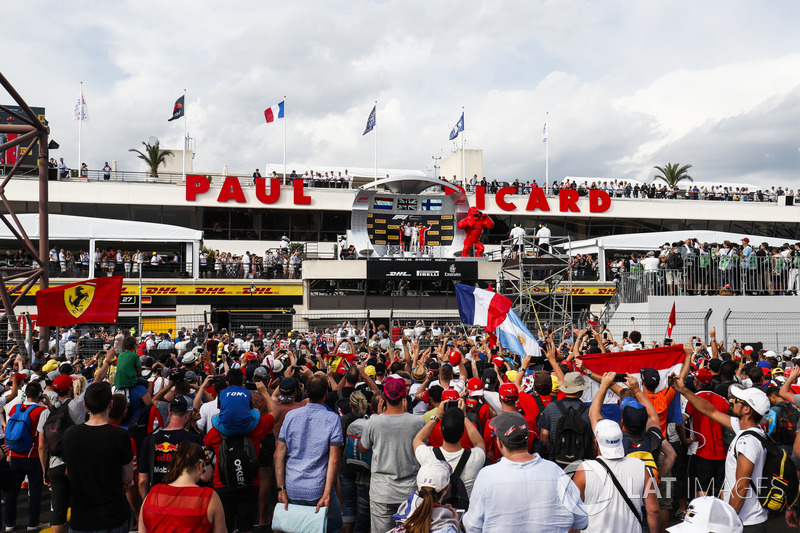 Hamilton’s win was his first in France – at his third attempt, after two previous attempts in 2007 and 08 entries at Magny Cours – but he has some way to go to match the all-time World Championship record at the French Grand Prix. Michael Schumacher won eight times in France, all at Magny Cours, during his distinguished career, putting him two clear of France’s only World Champion Alain Prost.

Four of Prost’s six French Grand Prix wins came at Circuit Paul Ricard, giving him the individual record at the southern venue. Indeed, Prost’s record at the track is all the more impressive given Paul Ricard’s reputation for providing different winners. Eleven different drivers have climbed atop the podium across Paul Ricard’s 15 Grands Prix, including renowned World Champions Sir Jackie Stewart, Niki Lauda, James Hunt and Nelson Piquet. It’s a similar case over one-lap: again, 11 different drivers have topped qualifying at Paul Ricard, while the fastest lap accolade has been spread between 13 racers.

Last year’s French Grand Prix was highly eventuful: Two separate first-lap incidents shook up the order and that facilitated an entertaining Grand Prix in which there were 48 overtakes  Most of that action took place along the back straight – meaning that taking up a spot at the Mistral Chicane is a wise idea – while the pits straight, La Beausset and the fearsome Signes turns have also witnessed their fair share of battles and high-speed accidents. 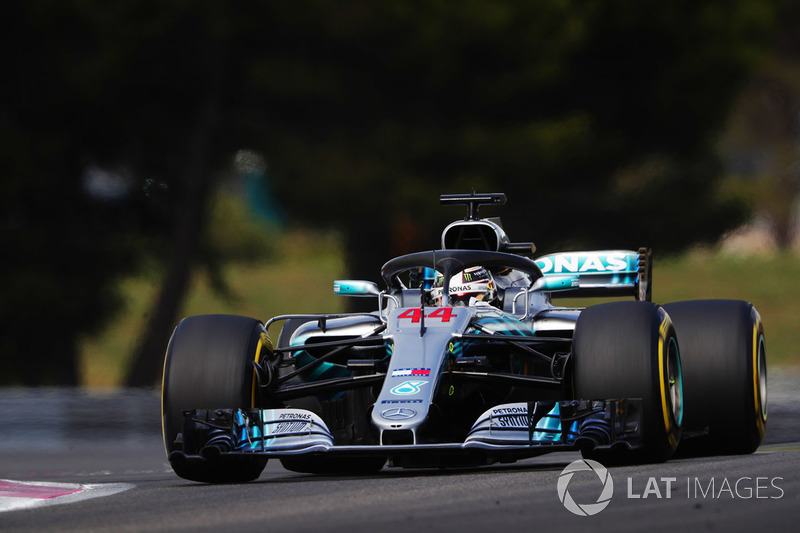 Paul Ricard’s current stint on the calendar is only in its infancy but it has already provided plenty of drama and intrigue, while France itself has a rich history that will have its place in the Formula 1 record books forever, with both home grown drivers and manufacturers once again growing in prominence, 2019 is set to once again raise the bar. Be there and experience it live. To see all ticket options and prices visit the Motorsport Live dedicated site here.