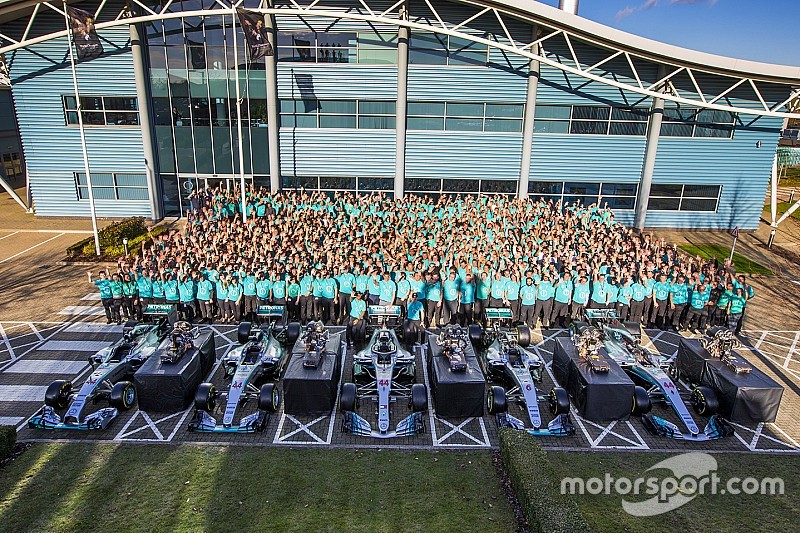 Mercedes is closing on a new F1 history milestone after its fifth constructors' championship, and it's now among the all-time greats not just on statistical grounds but for the template it's set for how to create a modern F1 powerhouse.

Who won the 2018 Formula 1 world championship? Lewis Hamilton, most would reply. Not Mercedes. Perhaps Lewis Hamilton for Mercedes, but few would simply say Mercedes.

F1 is, in the public perception, the drivers' championship, with the constructors' championship a secondary prize. That was certainly how many felt when Mercedes wrapped up that title in Brazil last weekend. It was a postscript to Hamilton's title victory in Mexico two weeks earlier.