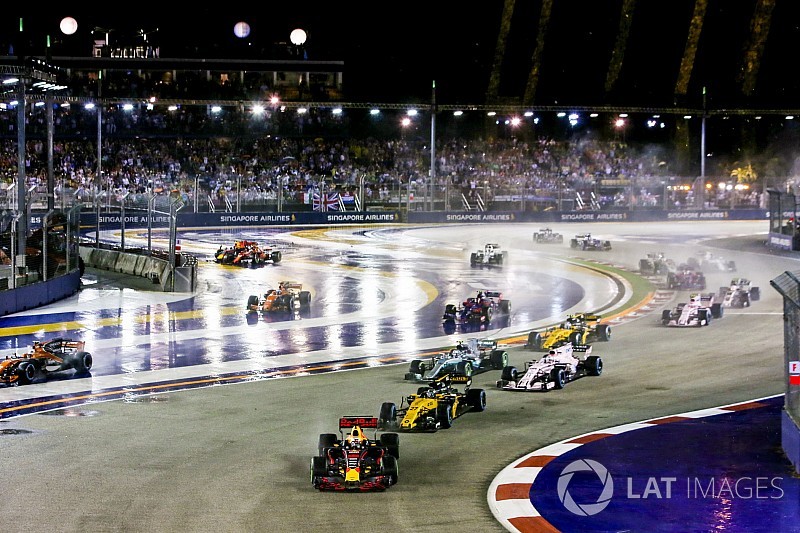 I never get tired of visiting F1's night race, the Singapore Grand Prix.

I've been to all of them, from 2008 onwards. It's so exciting under the lights when the cars come blasting down the straight at the start, with the huge crowds there and the camera flashes going off, with the giant wheel of the Singapore Flyer on the skyline in the background. It's unique. At the end of the race, they let off a massive fireworks display as the winner takes the chequered flag – it's mind-blowing.

As well as being a favourite of F1 insiders and fans alike, it's become one of the most important races of the season.

I'd say that, along with the Monaco GP, Singapore is the only other host venue on the calendar that does more for F1 than F1 does for the venue. The way they bundle up the racing, the entertainment and the festival atmosphere is wonderful. I've seen some great acts there over the years. One real highlight was Robbie Williams in 2014.

This year they have The Killers, Liam Gallagher, Martin Garrix, Dua Lipa and Jay Chou headlining, with Simply Red and The Sugarhill Gang among the acts playing on other stages.

The race is always held in September, which is a good time to visit as the climate is pretty stable; until last year, they had managed to have nine Grand Prix events with no rain on race day!

Last year was different, and a rain shower just before the start made for some amazing action - it levels the playing field quite a bit. There was also the spectacular collision into Turn 1 involving both Ferraris and Verstappen, which was one of the defining moments of the season.

This year, I'm excited to see some of the new things on both the racing and the entertainment sides. These 2018 specification cars, with high downforce wings and softer compound tyres are now setting the fastest lap times we have ever seen in F1. I can't wait to see the top guys going for pole position on Saturday night: we are going to see some record speeds and they'll be brushing the walls for sure.

I know the organisers really well and they always have new ideas to try to give the fans something extra. They do a special experience, for example, for fans of a particular team: the fans can sit opposite their team's garage in the Pit Grandstand, along with enjoying an exclusive hospitality experience hosted by the team at the Formula 1 Paddock Club. They did it with Red Bull Racing in the past; this year, it's with the Mercedes team for the second year running. Last year, Lewis Hamilton and Valtteri Bottas dropped in to meet the guests.

Some friends of mine have done the walkabout ticket, which (as the name suggests) allows fans to move around between different viewing locations, including the fantastic opening sequence of corners, the final turns with the pit lane entry and exit, as well as along the sweeping right-hander at Turn 5.

I've been lucky to have visited Singapore so many times for the race and it has also given me the chance to extend my stay by a day or two and to see some of the other attractions that the country has to offer. I'd really recommend it.

I'm a big fan of the food on offer, from the fine dining restaurants to the vibrant street food stalls you find in the many night markets. These are popular with the F1 crowd, as they often don't finish work until three or four am. There's something always open to serve local favourites such as satay or noodles to enjoy with a beer!

The Singapore Airlines schedule works really well for me, as I arrive late on Wednesday night and can sleep ahead of a busy day at the track on Thursday. Then the return flight to London is at 9am, which means you can have a great night after the race ends and then relax on the way home the next day.

View of the start of the race 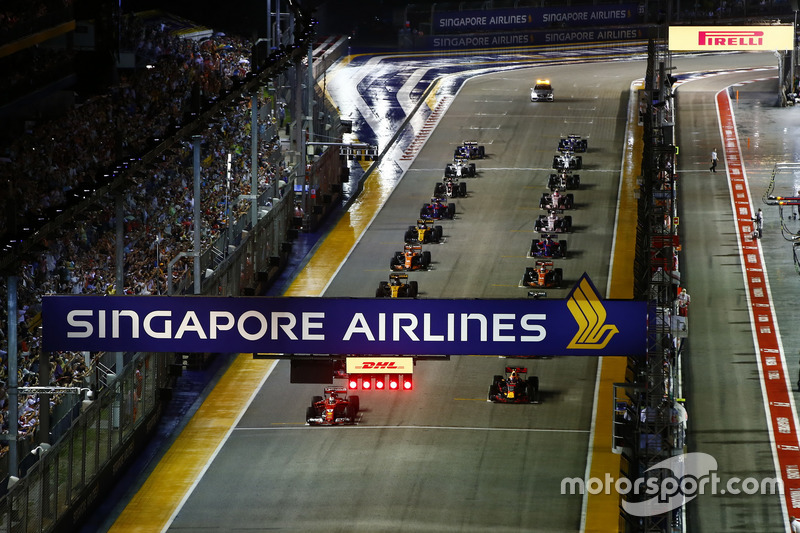 The Home of Formula 1 Night Racing 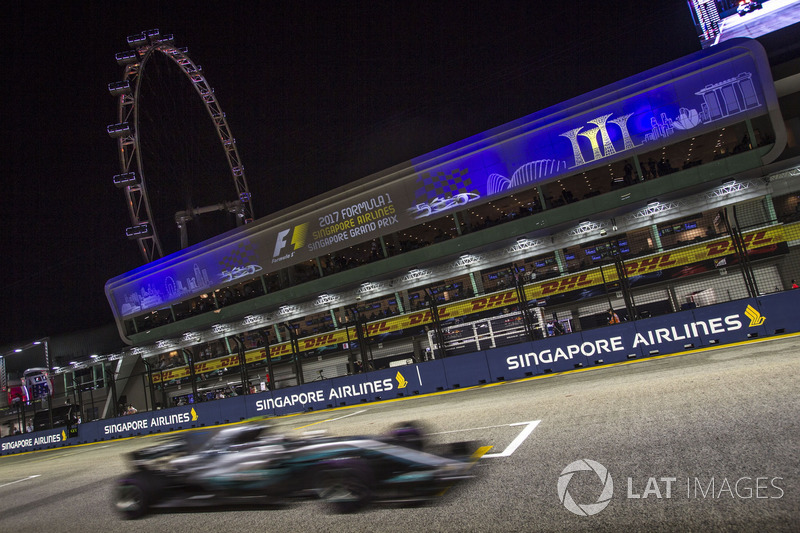 Aerial view of the start of the race 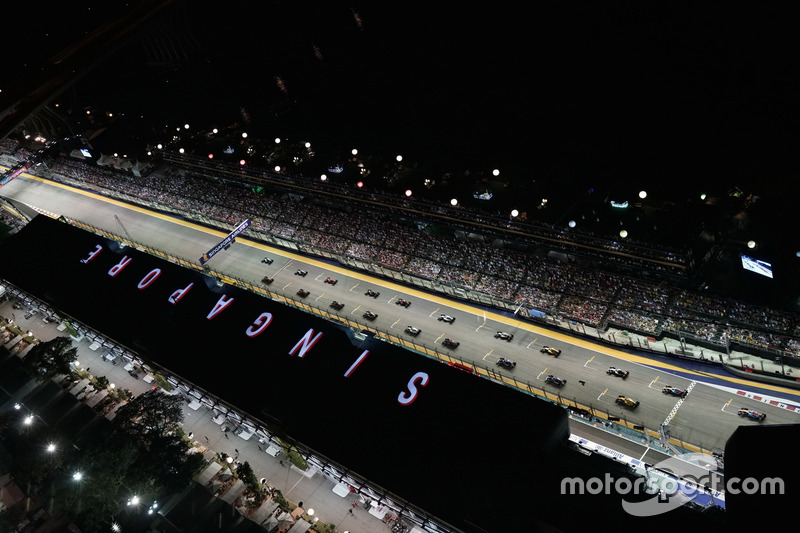 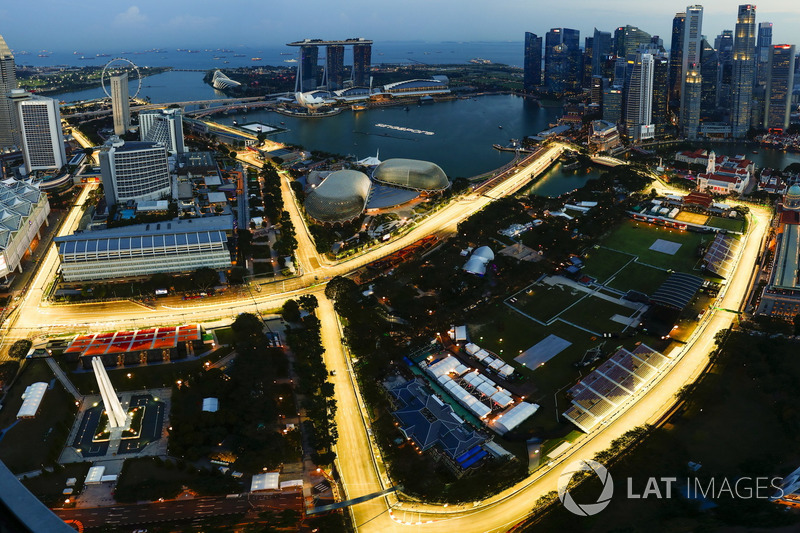 Spectacular fireworks display that will light up the Marina Bay skyline 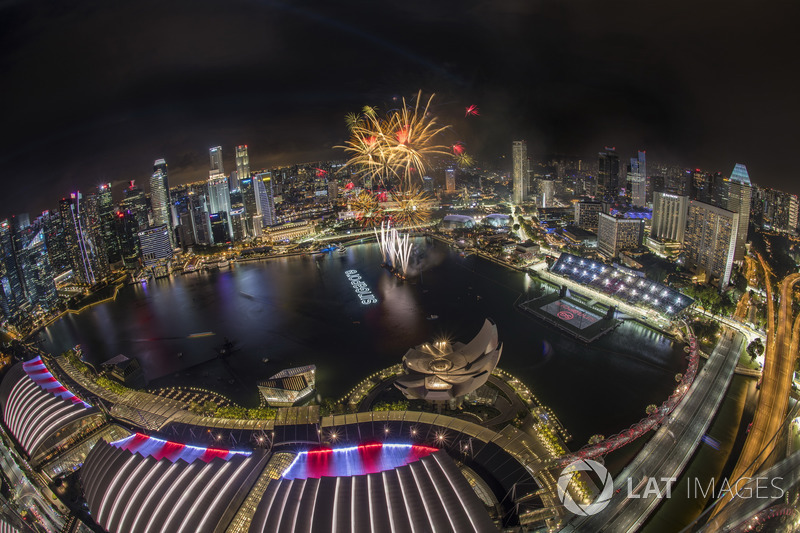 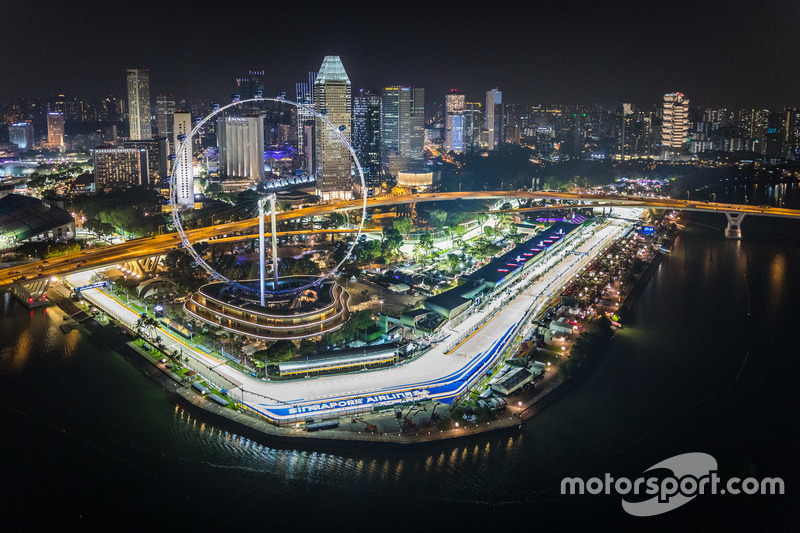 Thrilling race action as the cars head down the Pit Straight 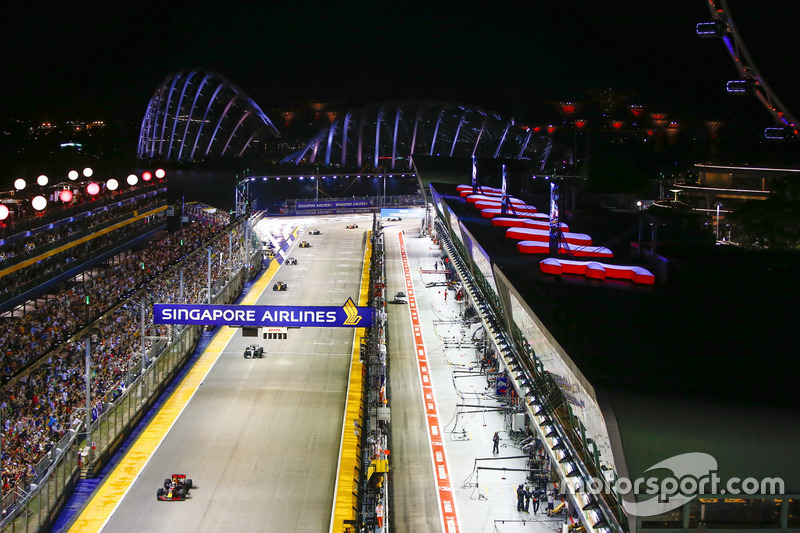 A spectacular fireworks display at the end of the race 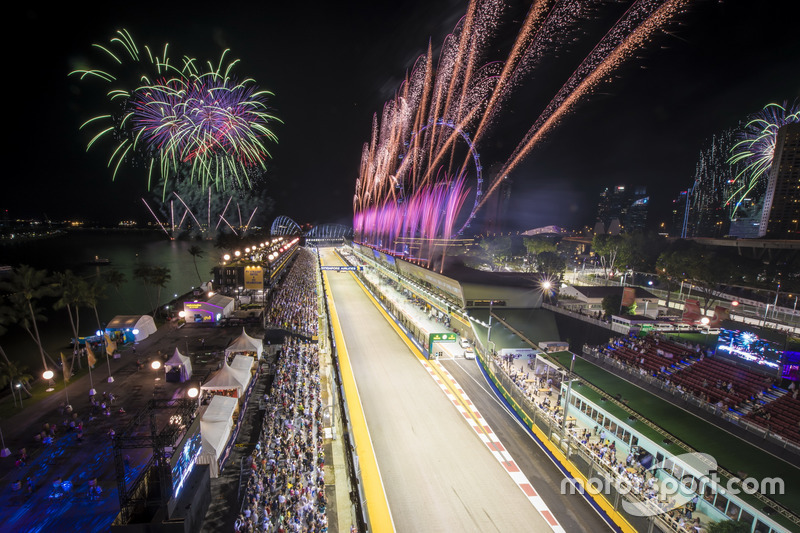 Thrilling race action at the first three turns of the race 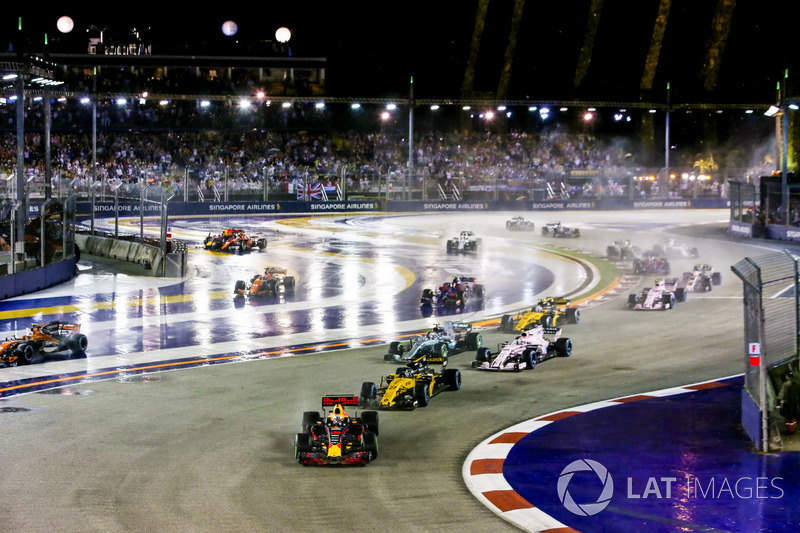 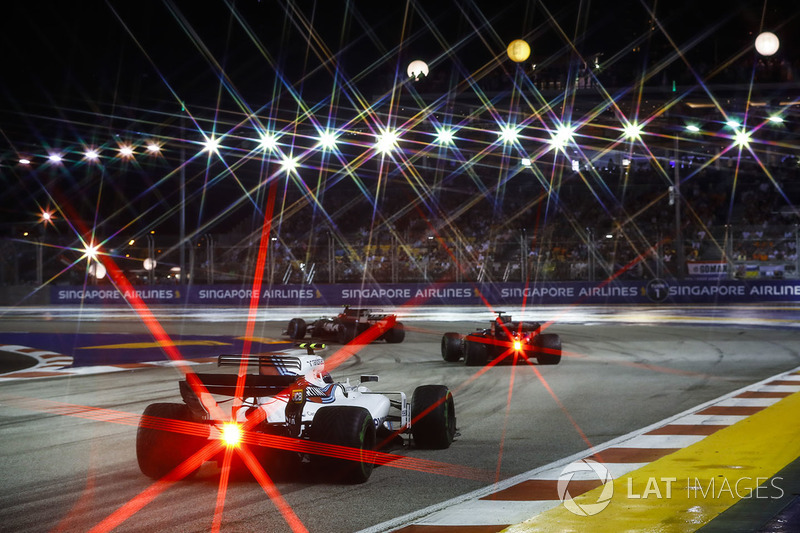