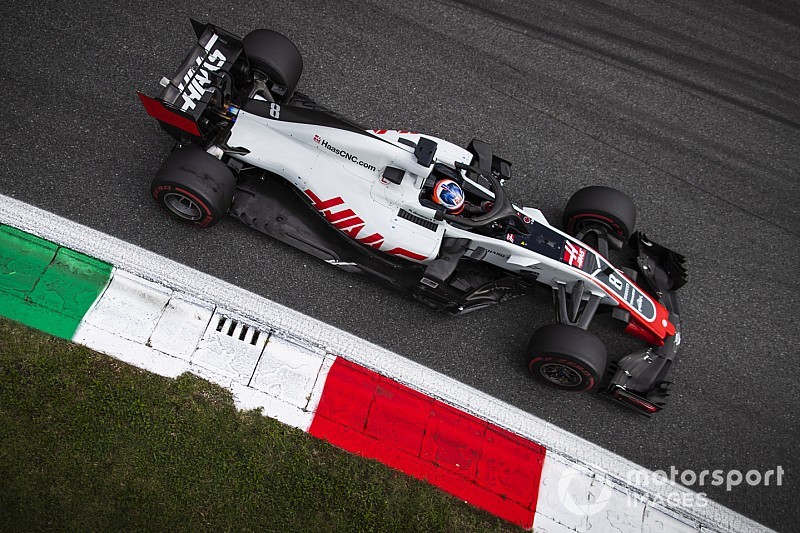 Motorsport.com looks at how Haas left itself vulnerable to a protest at the Italian Grand Prix, and explains the exact details of why the team's new floor was deemed to have broken Formula 1's rules.

Despite the complexity of Formula 1’s rule book, and the intense battle between teams, it is quite rare for post-race protests to take place these days.

Formal complaints are more often used as a threat and rarely followed through, with talk earlier this season of Mercedes’ unease about Ferrari’s battery system not getting as far as the stewards' room.

That is why the paddock and fans were surprised by the bombshell after the Italian Grand Prix when Renault protested the Haas car for an illegal floor. It is believed to be the first protest since Lotus (the previous name of the Renault team) complained about the Mercedes double-DRS system in 2012.

An investigation by the Italian GP stewards concluded that the Haas floor did not comply with the regulations, which had been subject to a technical clarification sent to teams before the summer break.

In that Technical Directive, the FIA had deemed that designs like Haas used were no longer allowed to race – but the American-owned outfit had asked for a stay of execution until Singapore while it worked on changes.

But with at least one other team able to make the necessary modifications, and the FIA warning Haas that if it did not alter the car it risked a protest from a rival team, the outfit carried on in the hope that there would not be trouble.

So what exactly was wrong with the floor?

The debate over the legality of the Haas VF-18’s floor is in regard to an area known as the T-Tray or splitter – the flat area that the plank is attached to and stretches out at the front underneath the raised nose area of the car. 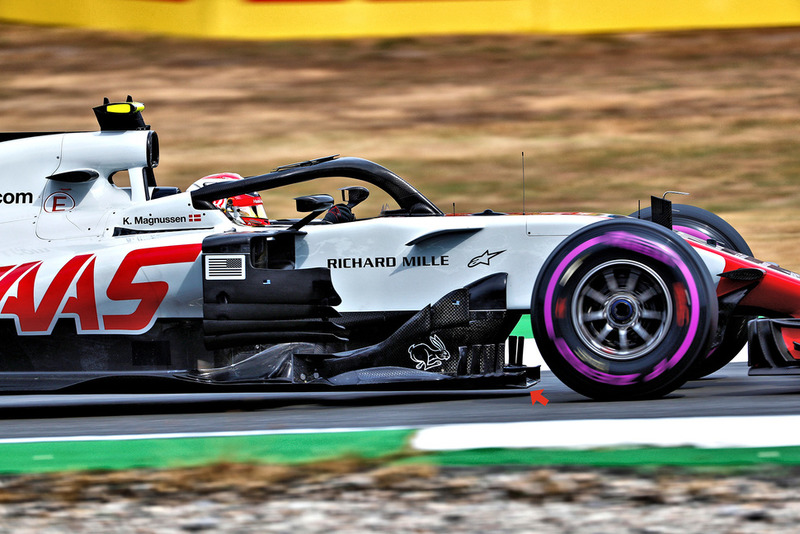 F1 rules deem that the front area of this splitter needs to be shaped in a certain way.

Article 37.1 states that the surface formed by all parts lying on the reference plane must: “Have a 50mm radius (+/-2mm) on each front corner when viewed from directly beneath the car, this being applied after the surface has been defined.”

The below image from the FIA rule books makes clear where the 50mm radius needs to be. 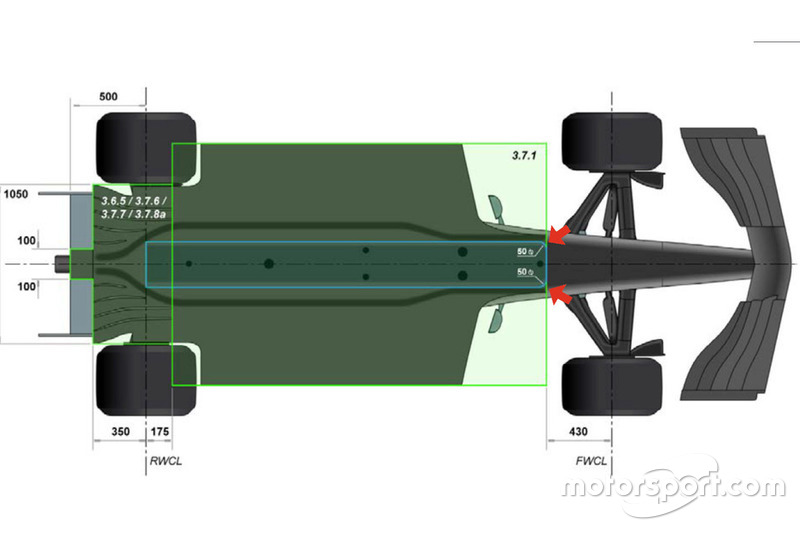 It is this floor area of the car that was altered when Haas brought an update for the Canadian Grand Prix earlier this year.

While the floor maintained the previously legal 50mm radius, it was the way that the team attached a new footplate design and connected it to this splitter which is at the centre of the argument.

For by making these changes, the team prompted some debate about what was a floor surface and what was not. That interpretation influenced whether or not the 50mm radius measurement could be taken or not.

Pulling the attachment right to the region where the 50mm radius is supposed to be put it in a grey area.

As can be seen in the below comparison photographs, which have kindly been supplied to us by Albert Fabrega, the changes made to the Haas at the Canadian Grand Prix show how the changes have made it much harder to define where that outer corner of the floor is. 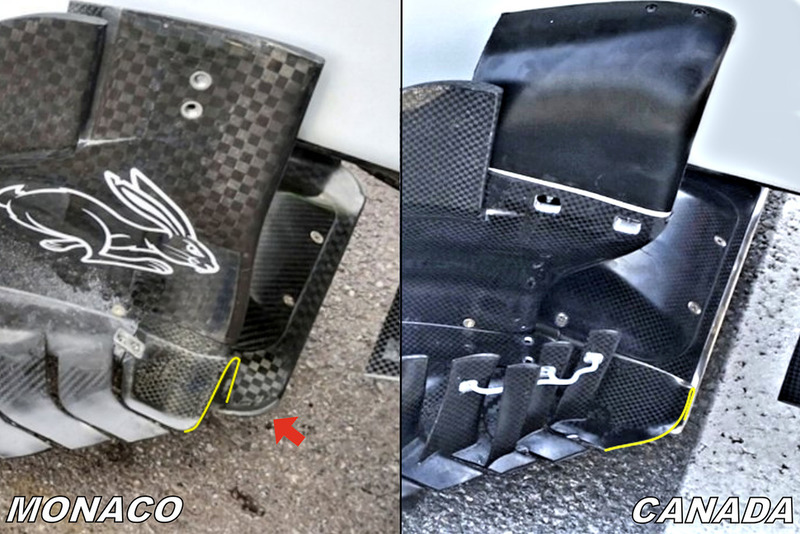 While the lap time benefit from such a change may not have been dramatic, like with all areas of an F1 car even a small gain can deliver bigger potential as designs evolve.

This area of the car is extremely sensitive due to its proximity to the ground, making it rife for development. It is something that other teams cannot afford to turn a blind eye to, whether that be in terms of letting their adversaries make gains or stealing a charge themselves.

And with Haas locked in an ultra-tight fight with Renault for fourth place in the constructors’ championship, it is clear the Anglo-American team’s progress was always going to come under the spotlight of the French car manufacturer.