The new Head of Engineering Operations will be on better integrating trackside operations with the continued design and development of the Williams-Mercedes FW36 at the factory.

Grove, UK. The Williams F1 Team has expanded its engineering team as part of its on-going work to strengthen the technical leadership structure at Williams ahead of the 2014 Formula One World Championship season.

As part of this process, Jakob Andreasen has joined as Head of Engineering Operations and will work under Chief Technical Officer Pat Symonds. Previously at Force India, Jakob's focus will be on better integrating trackside operations with the continued design and development of the Williams-Mercedes FW36 at the factory. 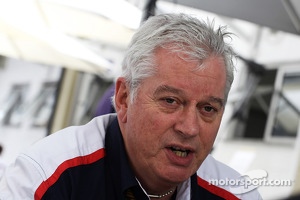 Craig returns to Williams from Mercedes to strengthen the engineering team in applying vehicle modelling and analysis to help bring further improvements to on-track performance. Rod joins from the Lotus F1 Team to head up the team's testing programme including leading the group at the factory that provide support and analysis from Grove over all race events.

Reporting directly to Jakob, Max Nightingale is promoted to Head of Vehicle Science to ensure a focus on performance within the new structure which will improve the connection between race operations and on-going development work.

Pat Symonds, Williams F1 Team Chief Technical Officer, said; "Williams is determined to make strong improvements in our competitiveness over the coming seasons and these new appointments continue our aggressive approach in recruiting some of the sport's best talent. We are also committed to allowing our existing talent to grow and showcase their skills in senior leadership roles. Our engineering team for the coming season is looking strong and I'm excited about what we can achieve moving forwards."