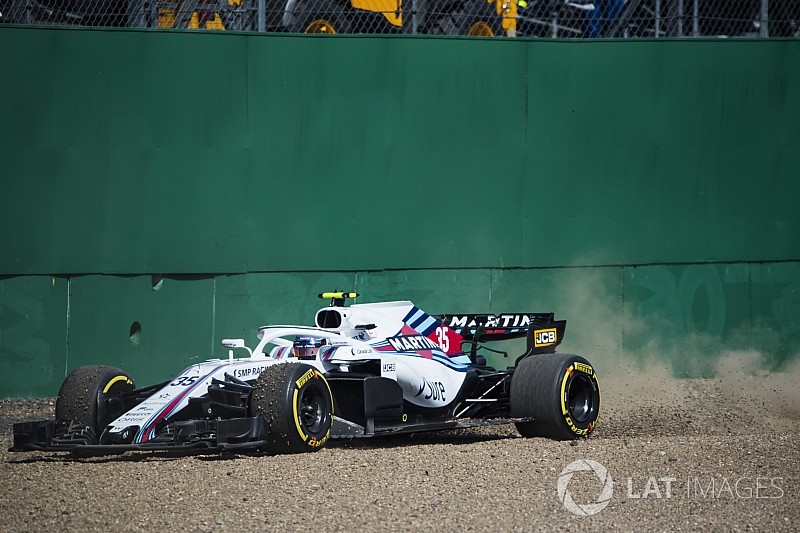 Both Lance Stroll and Sergey Sirotkin went off during Silverstone qualifying after suffering from the intermittent stall, which sometimes occurred when closing the DRS.

Williams reverted to the old specification of floor and rear wing for the race and started from the pitlane, and is not running the version of the floor with the problematic fences at this weekend’s German Grand Prix.

“The problem we had in Silverstone was primarily the result of some changes we made to the floor in the diffuser area, some fences,” said Lowe when asked by Motorsport.com about the problem.

“We work very aggressively with our attempts to improve performance and we use Friday to intensively test parts.

“In Silverstone, we made a step on Friday with modifications to the diffuser which were actually an improvement in cornering and took them forward to the race, but they had a side-effect of putting the car intermittently into stall in the use of DRS.

“It was something that was entirely unexpected as a side-effect. We understand that now and we’re not running those parts anymore.

“It was not related to the rear wing, I can’t say 'not' entirely because these things work together – but the prime cause was not the rear wing.”

Williams is not running the same specification of floor in this weekend’s German Grand Prix, but it has successfully introduced a new front wing.

This was tested yesterday and carried into qualifying, with Lowe confirming it had performed as hoped.

Sirotkin was 12th-fastest in qualifying, the best position for a Williams since Stroll was 11th at April’s Azerbaijan Grand Prix.

“It’s OK, we’re not claiming we’ve made any great leap forward, we’ve made a step and brought a new wing yesterday,” said Lowe.

“The good thing is that it’s done exactly what we’ve intended, both from a measured point of view and also from driver’s comments corresponding to what we hoped to achieve.

“That’s a good platform from which to build with further developments.

“Certainly, today we were relatively stronger [compared] to where we were at Silverstone.”

Mercedes losing five tenths to Ferrari on the straights - Wolff