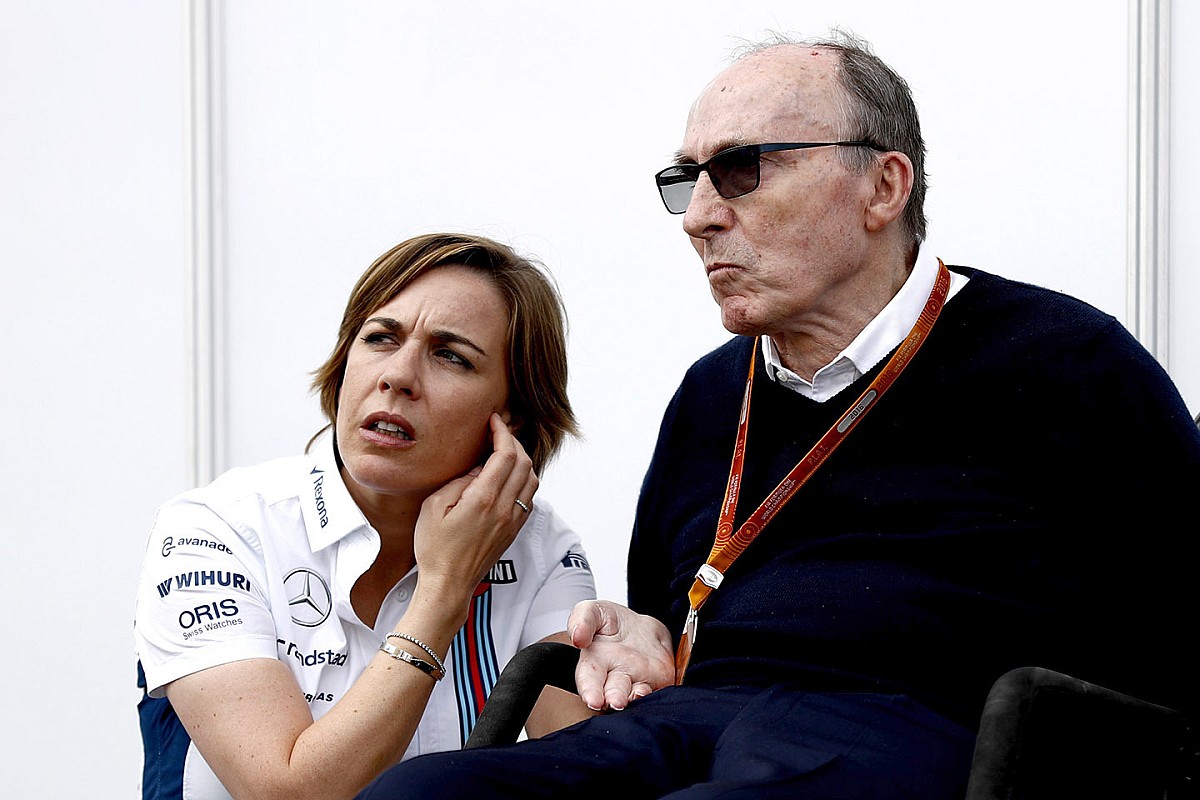 George Russell and Nicholas Latifi have paid tribute to the Williams family after its exit from Formula 1 was announced, calling it “a sad day”.

Following the takeover of the Williams company by Dorilton Capital last week, it was announced on Thursday that the Williams family would be stepping away from the team after this weekend’s Italian Grand Prix.

Team founder Sir Frank Williams and deputy team principal Claire Williams will both be ending their long-running association with the team and F1 as part of a strategic review completed by Dorilton.

Williams F1 drivers Russell and Latifi were informed of the news on Thursday morning, and both expressed their sadness upon learning of the family’s exit.

“Obviously it’s a sad day for us,” Russell said.

“For me personally, Frank and Claire gave me my first opportunity in Formula 1. It’s something I am very thankful and grateful for, and having the opportunity to drive for such an amazing and prestigious team for the two years I’ve been here so far.

“It’s sad to see the Williams family step aside, but the history of Williams will still remain. We’ll still remain under Williams Racing, and still continue to fight and represent the family name.”

Latifi said that he was surprised when he found out that the Williams family would be leaving so suddenly.

“I was definitely a bit shocked at the news this morning,” Latifi said.

“I think when the news broke that the team was sold, it was definitely something in the back of my mind that I could have anticipated.

“For me, I haven’t done my first full season in Formula 1, but I’ve been with the team and part of the family since last year. For sure, it’s very special that like George said, Claire and Frank gave me my first opportunity to cut my teeth in Formula 1.

“It’s always going to be special that where I started out was here with Williams. They’ve given many drivers their first opportunity.

“The culture that has been cultivated here is going to remain the same. That is something that will not go just because Claire and the family are stepping aside.”

Williams is yet to announce any plans on who will take over the day-to-day running of the team after the Monza weekend, but Russell was confident it would be placed in safe hands.

“For Claire and the Williams family, the team means a huge amount to them, more than it does to anyone else,” Russell said.

“They would have not sold it to a company if they did not have faith that they have the team’s best interests at heart.

“I am definitely at ease with the situation, knowing that if Claire and the Williams family are happy with it, then they’re only doing it for the best interests of the team.”

Russell said that any replacement for Williams would not necessarily need prior F1 experience, citing Toto Wolff’s success with Mercedes as team principal.

"If you look at Toto as an example, he had a bit of motorsport experience, but he didn’t have a huge amount of Formula 1 experience,” Russell said.

What Williams' sad day says about the team's future