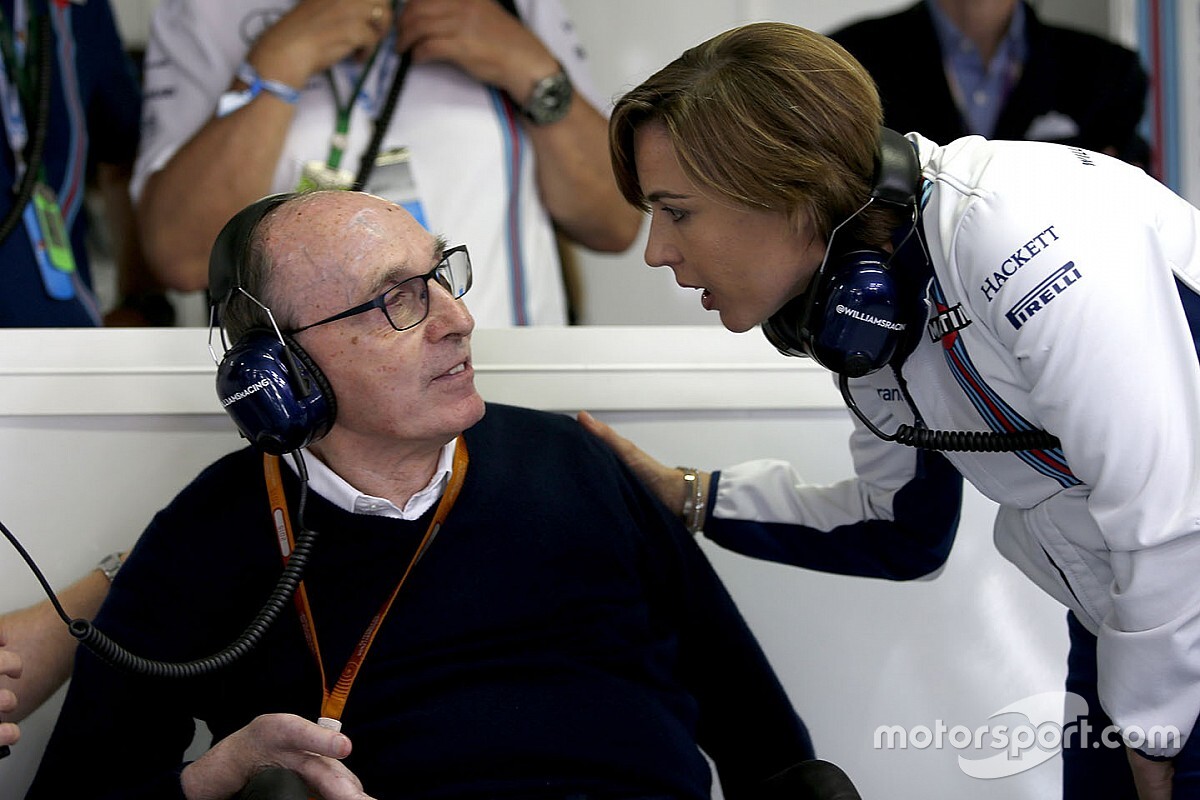 The Williams family is to sever its connections with the Formula 1 team that bears its name after this week's Italian GP.

The news comes shortly after the sale of the team to Dorilton Capital was announced, along with confirmation that the team has signed the new Concorde Agreement.

Claire Williams is to step down as deputy team principal of the outfit founded by her father Sir Frank in 1977.

It brings an end to a 43-year history in the sport for Frank Williams, whose team has won 114 grands prix and seven drivers' championships.

The team has made no announcement about who will succeed her as the day-to-day boss of the Grove outfit.

"With the future of the team now secured, this feels like the appropriate time for us to step away from the sport." she said.

"We have been in this sport for more than four decades. We are incredibly proud of our track record and the legacy we leave behind. We have always been in it for the love of it, for the pure pleasure of going motor racing, so this is not a decision that we have taken lightly but after much reflection and as a family.

"On behalf of Frank and the Williams family, I would like to say how incredibly grateful and humbled we are for the support we have enjoyed over the years, from our friends in the paddock to the many fans around the world."

Williams joined the team founded by her father Frank in 2002, initially in a communications role.

She joined the board as commercial and marketing director in 2012, before taking up her current job – which entailed day-to-day responsibility for running the team - in 2013.

Speaking about her personal involvement, she insisted that the decision to leave was hers, and was prompted in part by a desire to spend more time with her family.

"It is with a heavy heart that I am stepping away from my role with the team," said Williams. "I had hoped to continue my tenure long into the future and to preserve the Williams family's legacy into the next generation.

"However, our need to find inward investment earlier this year due to a number of factors, many of which were outside of our control, resulted in the sale of the team to Dorilton Capital.

"My family has always put our racing team and our people first and this was absolutely the right decision. I know in them we have found the right people to take Williams back to the front of the grid while also preserving the Williams legacy."

"I have taken the decision to step away from the team in order to allow Dorilton a fresh start as the new owners.

"It has not been an easy decision but it's one I believe to be right for all involved. I have been enormously privileged to have grown up in this team and in the wonderful world that is F1.

"I have loved every minute and will be forever grateful for the opportunities it has given me. But it's also an incredibly challenging sport and I now want to see what else the world holds for me. Most importantly, I want to spend time with my family.

"I would like to thank Dorilton for their support and for understanding my decision. I would also like to thank our fans who have stuck by us through thick and thin.

"Our people at Williams have always been family, they have kept me motivated during the difficult times and it is them who I will miss the most. It is my genuine hope that the process we've gone through brings them the success they deserve.

"And finally, I would like to thank my dad for everything he has given to the team, the sport and our family."

"We fully respect the very tough decision of Claire and the Williams family to step away from the team and the business after securing new resources for its future," he said.

"Claire's achievement in sustaining Williams Racing's heritage, relevance and commitment to innovation in a difficult environment since taking charge in 2013 has been nothing short of monumental.

"She has also been hugely instrumental in shaping a more level technical and financial playing field for F1, which will help to ensure the team's return to the front of the grid in seasons to come.

"We are proud to carry the Williams name into the next exciting phase for the sport and we thank Sir Frank, Claire and the Williams family for the opportunity to be part of this great British brand."