Williams not “overly concerned” by parts shortage in Bahrain 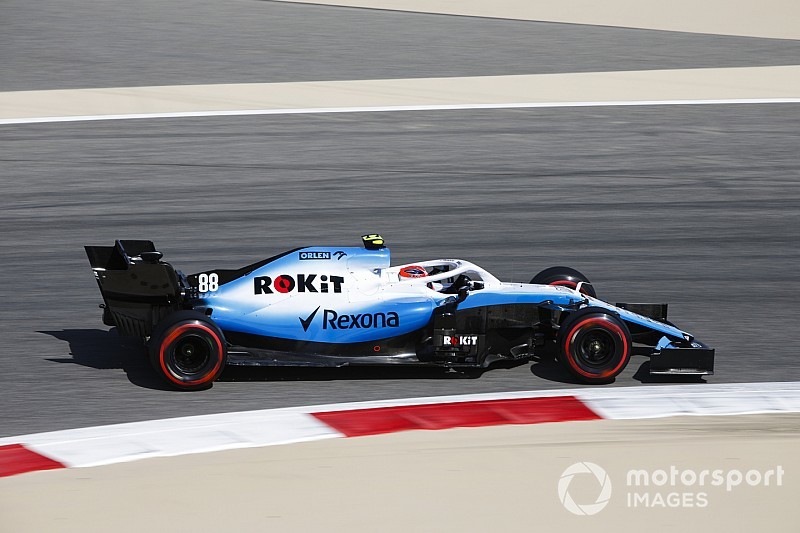 Williams Formula 1 deputy team principal Claire Williams says she’s not “overly concerned” about a lack of spare parts in Bahrain this weekend – but she acknowledged that there’s little margin for accident damage.

On Thursday, Robert Kubica said that the shortage put the drivers in a difficult position, in that they had to be extra cautious when running over kerbs and so on. He cited his frustration after floor damage sustained in Australia had to be repaired instead of a replacement being fitted.

Williams says that the team has enough parts available for its normal programme.

“We have a little bit of a backlog from not having got the car out when we needed to in testing,” Williams told Sky F1. “But everyone’s worked really hard at the factory to make sure we’ve got the spares we need.

“To be honest we’ve got spares for all the parts that we need, we’ve just got to make sure the drivers don’t do anything on track to jeopardise that.

"A lot of teams anyway at this time of year are in a similar position.

"Clearly we didn’t help ourselves. Anyway it’s not anything I’m overly concerned about.”

Williams insisted that the Grove team, which is currently at the back of the field by a significant margin, is working hard at finding performance.

“I think it’s probably obvious from the timesheets where we are,” she added. “I don’t think that’s necessarily down to the fact that we missed those two days of testing, that’s just the car that we’ve got.

“As you would expect we’ve got a plan in place back at the factory to make sure that we try and make up as much as the delta that we’ve got, even just to P9 [the ninth-best team] at the moment, and that’s the focus for everybody.”

Asked if there were any concerns about the 107% qualifying rule, she said: “I don’t think so, and actually I think this track’s going to be a little easier for us than Australia.”