Williams held a glitzy launch to reveal its new name; Ron Dennis will get the famous British team out of its 2013 slump.

Mar.6 (GMM) Thursday was a busy day for Formula One in the UK.

Elsewhere, McLaren supremo Ron Dennis sat down with journalists and insisted he will get the famous British team out of its 2013 slump and back to winning races "much faster than people imagine". 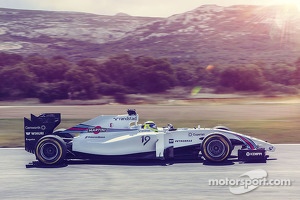 He would not be drawn on the reported coup to remove the apparently departed Martin Whitmarsh, saying only the matter was "between us".

But he said McLaren in its former guise was "unfit. The people were distracted, they had lost focus."

Dennis said McLaren will initially have no title sponsor early in 2014, but that will change after "a few races".

"We are negotiating with several companies at the moment and I'm optimistic that it will happen sooner than later."

Driver Jenson Button said Dennis' return to the helm, with Eric Boullier the new team boss and a new factory-based F1 CEO yet to be appointed, will push McLaren to succeed again.

"He (Dennis) is quite an unusual character Ron, I have a lot of respect for what he has done in the sport," he said.

"I think everyone is excited, he is looking forward to this challenge and it gives everyone a lot more confidence within the team," Button added.