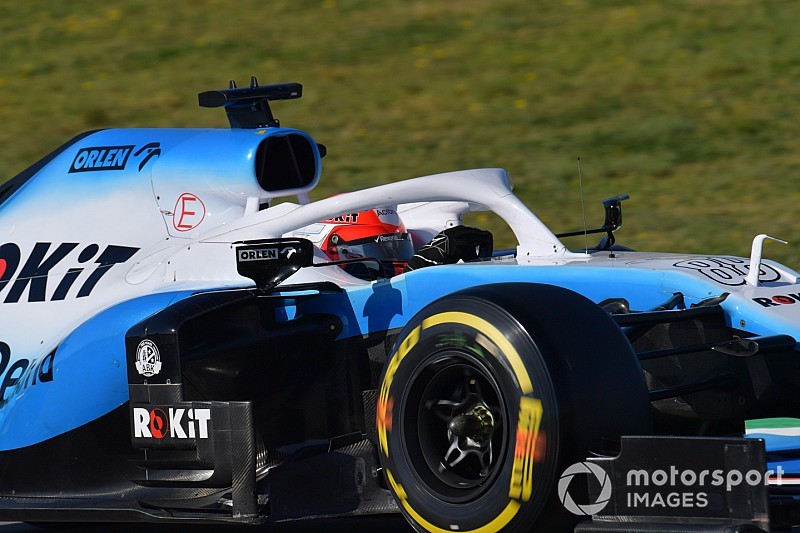 The troublesome FW41 caused Williams to finish last in the teams’ championship in 2018, while its successor, the FW42, started pre-season testing late.

However, now that Williams has begun to catch up on its lost mileage, Lowe says the early indicators from race driver Kubica are the car is definitely an improvement.

“Robert has a lot more experience of last year’s car than George [Russell], who only had a brief run,” said Lowe.

“Robert has driven the old car around here quite a lot last year and has some very encouraging comments on the qualities of the car.

“He feels that we’ve made a huge step forwards in terms of the platform.

“A car that is far more driveable, a car that you can work with from a driving point of view, you can control your management of tyre, you can control the balance and pace, was definitely not a description we could have given about last year’s car.

“So, that is very encouraging.”

Lowe said that was no guarantee or indicator of the performance Williams would enjoy with the FW42 but simply that it suggested one of the teams’ “major objectives” had been hit.

He said a key target was “to design and implement a process within our engineering that would make cars with better properties and then go and deliver those better properties that is a good step for us, and a much better foundation to move forwards until the next stage”.

Williams has languished at the foot of the times through the second week of testing, partly because it is trying rack up long runs but also because it is struggling to unlock more speed.

While Lowe will not comment on performance, he believes Williams has moved on the from “unpredictability” of last year’s car.

He said this would be vital to exploiting the most from the Pirelli tyres, which he described as “one of the most difficult performance areas for all the teams”.

“When you have a platform that performs in that way [inconsistently], it compounds the issue of understanding and exploiting the tyres on a single lap and long runs,” said Lowe.

“This was the key thing we wanted to do, to have a car that had a driveable platform.

“Something where you turn into a corner and you know what’s going to happen because it happened last time.

“This is one of the key aspects that has been improved very considerably.”

Ranking the teams after F1 testing