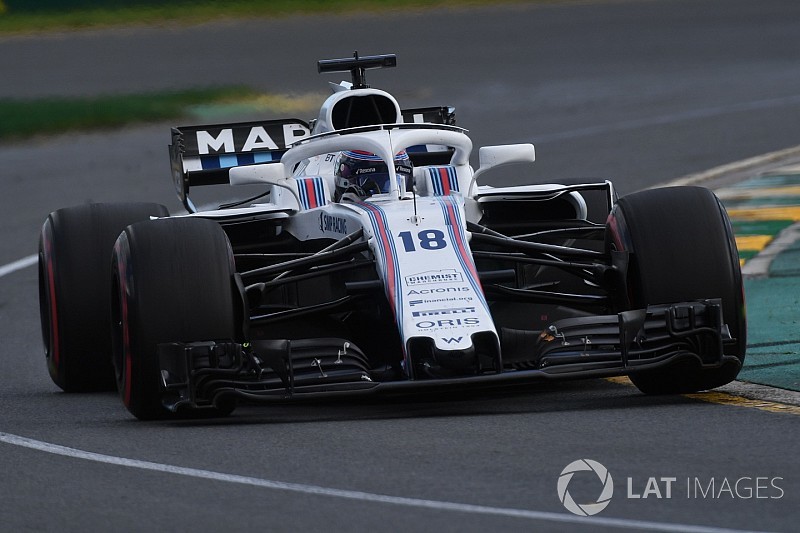 Lance Stroll says Williams is "surviving" rather than racing as it battles through its difficult start to the 2018 Formula 1 season.

Stroll came home 14th at Albert Park, second-to-last of the finishers, the final car on the lead lap, and behind Sauber rookie Charles Leclerc.

The race was a continuation of a troubled weekend for Stroll, with ongoing balance and cooling issues limiting his running and leaving him less than comfortable in the car.

"We're not racing out there at the moment, we are surviving," said the Canadian.

"The first lap I had a mode problem, for some reason I was in the wrong mode so I had no deployment. I just gave a position to [Esteban] Ocon, with a massive de-rate. That kind of put us on the back foot after the first lap.

"From there onwards we struggled with pace. The car wasn't cooperating the way I wanted it to, the balance was all over the place.

"And we had temperature issues the whole race, managing temperatures. So I had to back off, I could never race the car.

"I was always just trying to survive, lift-and-coast, and get the car to the end of the race. That's costing us massive race time.

"On top of that I didn't have as much mode as I would usually have in this race, because of what happened on Friday with the overheating issue.

"The whole weekend we expected issues coming into the race. We knew there'd be a lot of problems. Realistically, it's tough to point out one issue. There are a lot of things to sort out."

Williams chief technical officer Paddy Lowe conceded that Stroll's pace was largely disappointing, and pointed to cooling as an area of genuine concern.

"In Lance's case the pace was very poor," he said. "Some of it again was following other cars but even in free air at various stages of the race he was struggling for grip.

"At other stages in the race, particularly towards the end, the car was working well for him. It's sort of pace variation through the race.

"We had overcooked it slightly on the temperature capacity on the engine. The ambient was warmer [on race day] than we had predicted so it did mean at the end he was making attacks on Leclerc but was not able to sustain them because we had to watch temperature.

"We need to go and analyse [the race] more, to be honest. We're disappointed. Those weren't the grid positions that we would have hoped to achieve.

"Ultimately we need to go and study that in more depth and understand what potential we have and what we realised and what we didn't realise and why."