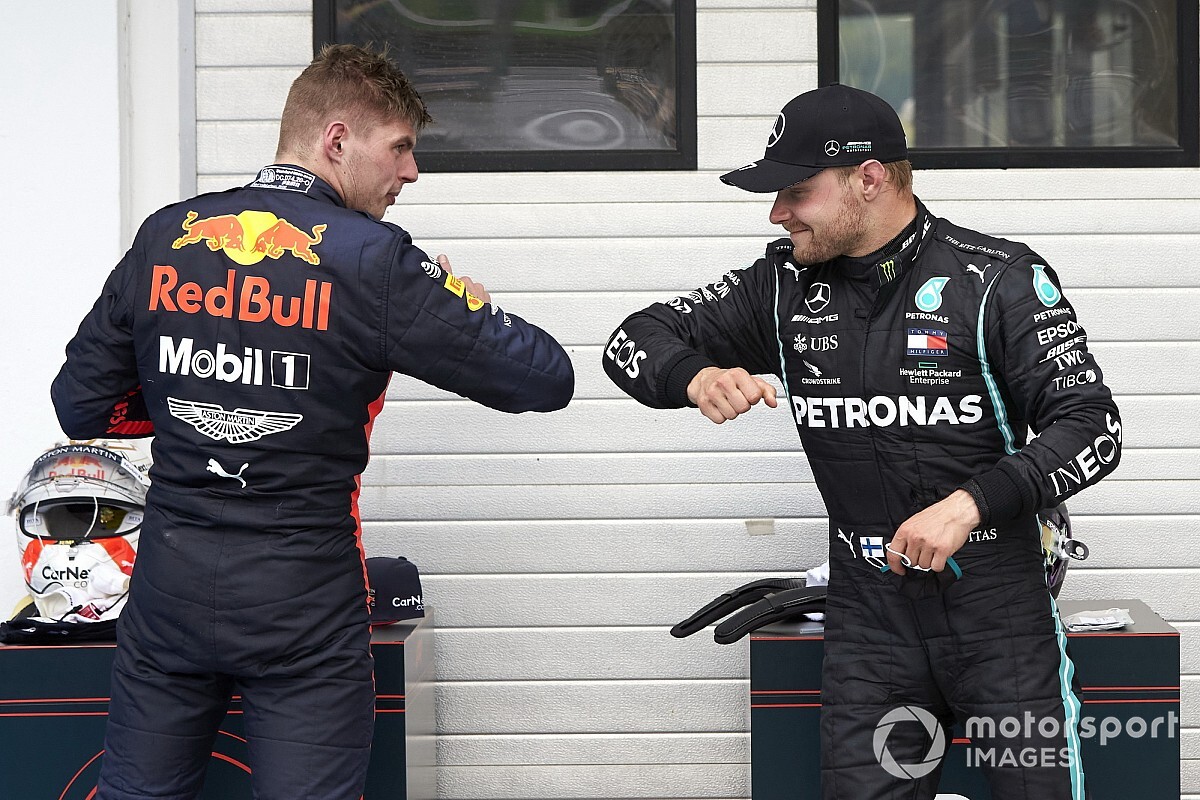 Toto Wolff has explained Mercedes’ decision to pit Valtteri Bottas late on in the Hungarian Grand Prix, saying it was the only way he could have snatched second place from Max Verstappen.

After dropping to sixth on the opening lap following a near-jump start, Bottas managed to fight his way back up to third nearing the final 20 laps of the race.

Bottas put pressure on Red Bull driver Verstappen in second after closing up a seven-second gap, only to be called into the pits for a third stop at the end of Lap 49.

The decision to pit Bottas dropped him more than 20 seconds back from Verstappen, and while he was able to close the gap with a fresh set of tyres, he fell 0.750 seconds short of the Red Bull at the line.

Mercedes team principal Wolff explained after the race that Bottas was struggling with graining on his tyres in the second stint as a result of his pursuit of Verstappen, meaning the only chance to pass the Red Bull came by changing strategy.

“No, it would have been wrong [to keep him out] because Valtteri’s tyre started to grain on the left-front quite heavily because he was pushing so hard,” Wolff explained.

“We think he would have run out of tyre anyway, and putting him onto a new hard, [in] a similar way like last year with Lewis [Hamilton], was actually the only chance of trying to snatch P2.

“At the end it wasn’t sufficient. There was quite a lot of traffic in-between that we didn’t clear fast enough, and I think it was a recovery drive.”

Bottas was initially able to gain close to two seconds per lap on Verstappen after pitting, only for his pace to drop off as he struggled in traffic.

The Finn said he initially thought it was the right decision to pit and enjoy the huge tyre delta that allowed teammate Hamilton to beat Verstappen to victory in Hungary last year.

“At that time it felt like a good thing to do because the tyre difference between me and Max was quite minimal,” Bottas said.

“If I would not stop, everyone knows how difficult it is to overtake on this track, so I was quite happy at that point to stop, because I knew there was a bigger tyre difference at the end and it nearly worked.

“Obviously there were quite a few backmarkers I had to go through. [I] lost a bit of time during that and in the end it was a matter of one extra lap or two laps.

“You can see the big picture. It was obvious in the end I was quite a bit quicker, obviously thanks also to fresher tyres, but that was not quite enough.”

Ocon: Renault’s F1 season “not over yet”, updates awaited