Wolff: Mercedes achievements will mean nothing in 2021

Toto Wolff says Mercedes’ record-breaking success in Formula 1 does not buy the team “any credit” for the challenges that will arrive with the new rules from 2021. 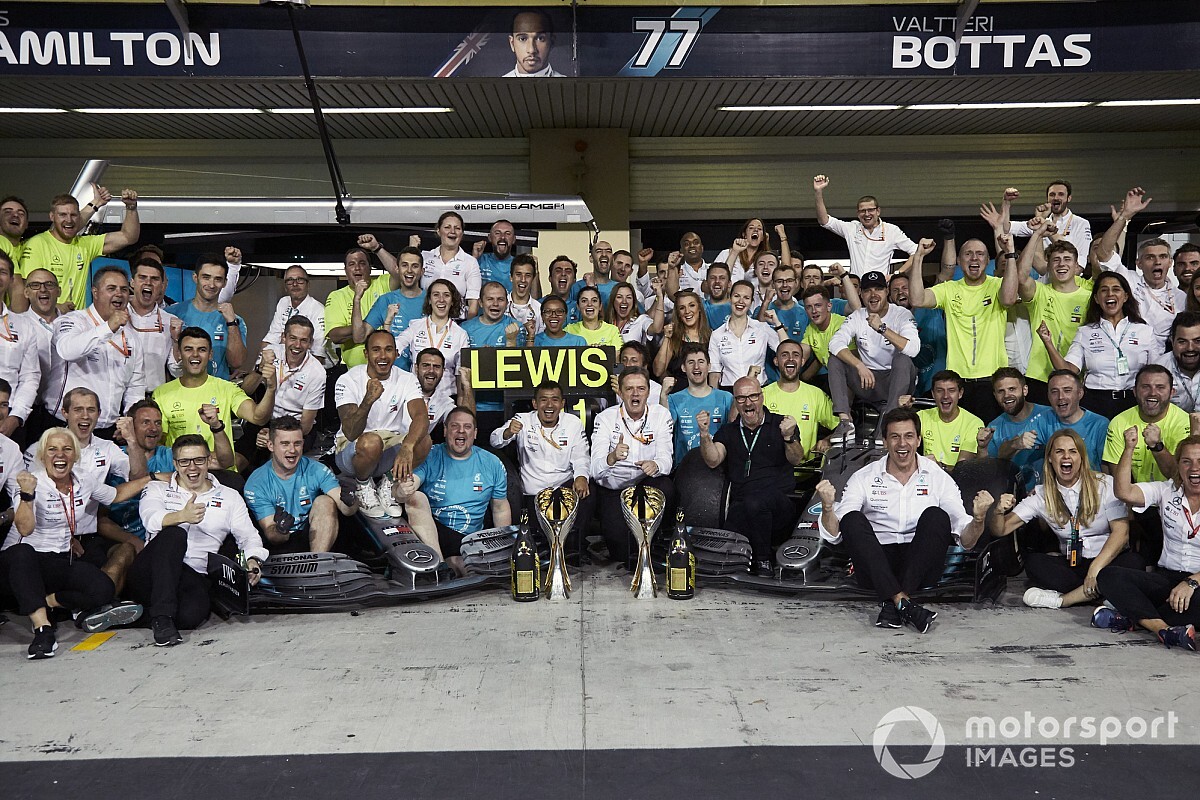 It also meant Mercedes remained on top through another regulation change, having maintained its dominance through the major aerodynamic shake-up of 2017 and again when the front-wing rules changed for 2019.

However, F1’s massive overhaul of all its rules for 2021, including sweeping changes on the technical side, mean Mercedes will face its biggest test.

“2021 is going to be a completely new challenge because the regs are being put upside down,” said Wolff in an end-of-season Mercedes review.

“What [exists] today in terms of aero will not exist anymore in 2021. And I believe it's an opportunity as a team to do a decent job and prove that we can go through a regulatory change and come out on top like we've done in the past.

“But certainly there is no sense of entitlement. Last year's records don't buy us any credit for future seasons to come. It's something that is very exciting for us and I personally really look forward to have 2021 coming.”

The form of six-time world champion Lewis Hamilton has played a key role in Mercedes’ unprecedented success but Wolff’s leadership is also a vital factor.

Though 2021 presents a new challenge to fire up the team, Wolff will need to find a new source of motivation for 2020, when the regulations remain stable and attention may move elsewhere.

Wolff said he was impressed by how Mercedes reacted to those “difficult days” as a team.

“You can very much feel the difference in the mood in the factory after bad weekend, or good weekend,” he said. “But the surprising fact is that I feel such a strong buzz in the factories after the difficult weekends.

“It's the days where we failed that we feel that we need to push even more and work smart and intelligently and I enjoy that coming back on Monday and leave no stone unturned, uncover our shortfalls, and then eventually rise again.”