Wolff on reverse grids: F1 is "not a reality show" 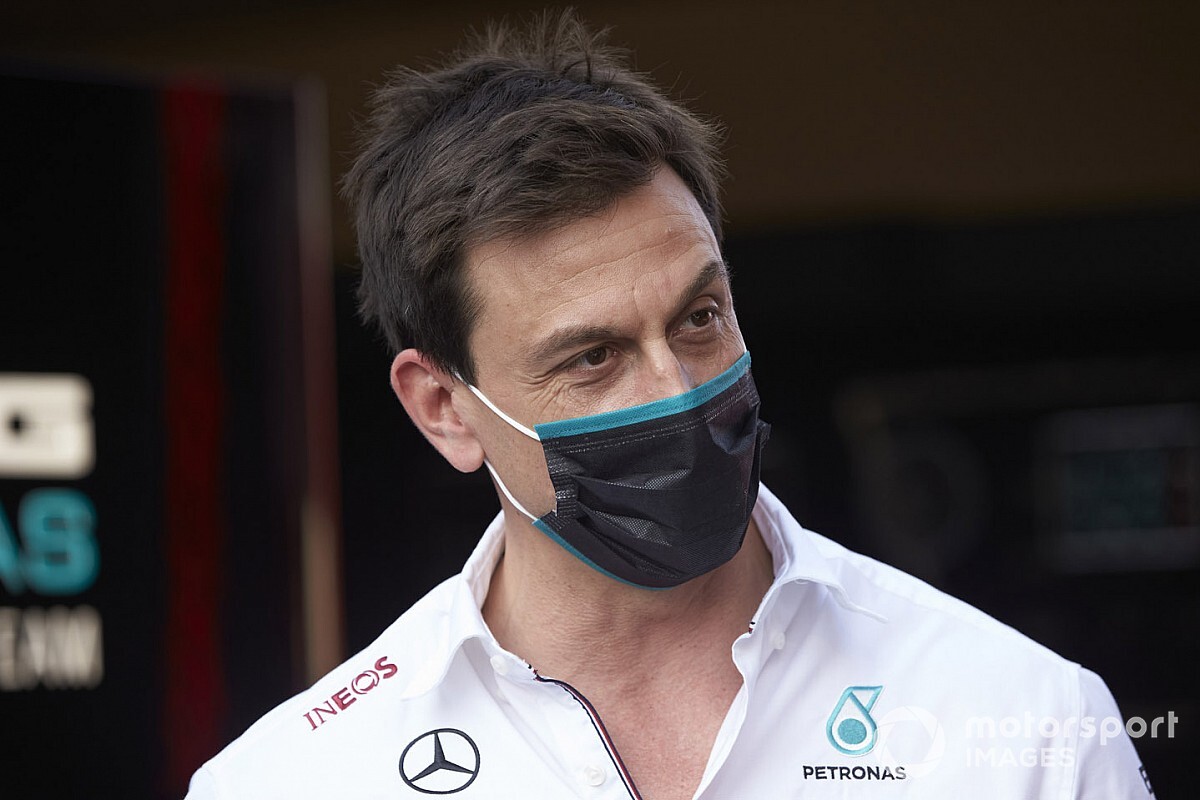 Toto Wolff believes Formula 1 risks creating "completely random" results with its reverse grid plans for 2021, saying the series is "not WWE" and "not a reality show".

F1 was pushing earlier this year to use a reverse grid sprint race format instead of qualifying at select races through 2020, only for Mercedes to block the plans and cause them to be scrapped.

But following an exciting race at Monza that saw the front-runners hit trouble and AlphaTauri's Pierre Gasly score a shock victory, F1 said earlier this week it would revisit the plans for 2021.

A change in F1's governance structure means the move would no longer require unanimity, and a rejection from Mercedes would not sink the proposal as in 2020.

Asked if his position on reverse grids had changed, Wolff outlined his opposition to the proposal, believing it would go against the DNA of F1 and risk producing too many random results.

"I don't think that we should mess with any of the format," Wolff said.

"We see racing series that have tried to change formats that has historically been understood by the fans, NASCAR and the Chase comes to my mind, and I don't think we should be messing around.

"This is not because I have a Mercedes bias. On the contrary, I like the variability and the unpredictability, and we will have races that will be very different such as the Monza race.

"But nobody wants a winner that has started from a reverse grid. I don't think we should be designing freak results where it is almost impossible to overtake, just because we believe that the pecking order should be a different one.

"This is a meritocracy, this is a sport where best man and best machine wins, and this is not WWE, where the outcome is completely random.

"If you want to do random, let's make it a show. But I think the core DNA of the sport is being a sport, and then an entertainment platform.

"It's not a show. It's not a reality show, and it's not Big Brother, and I don't think we should be going there."

The alterations to F1's governance were made under the newly-agreed Concorde Agreement that will come into force from 2021.

Plans such as reverse grid sprint races now only require a 'super majority', which would be reached with approval from eight teams plus the FIA and F1.

F1 managing director of motorsports Ross Brawn said earlier this week the series would "continue to evaluate new formats with the aim of improving the show but always maintaining the DNA of F1."

Should the proposal be approved, the format would only be used at a handful of circuits through the 2021 season, and not become a permanent format change.