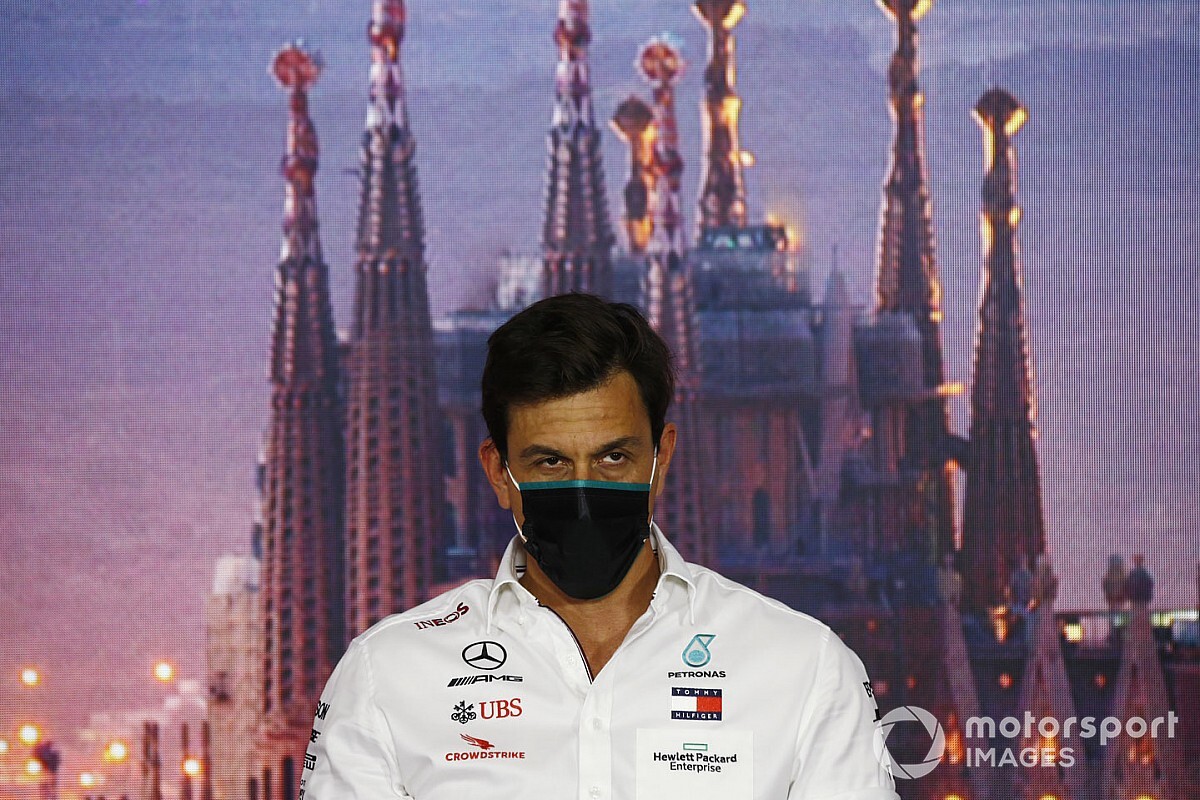 Toto Wolff is yet to take any decision on what his future role with Mercedes' Formula 1 team will look like, but says discussions with the German manufacturer have been "positive".

Wolff has served as Mercedes' F1 team principal and head of motorsport since 2013, leading its charge to six consecutive F1 drivers' and constructors' world championship victories.

Wolff's existing contract with Mercedes expires at the end of the year, and talks between the two parties about their future together are currently ongoing.

It is understood that Wolff is considering what exact role he will hold in the future, potentially moving up to a more senior position that will hand day-to-day running of the team over to someone else, and allow him to cut back on attending as many races.

Wolff explained on Friday that he was in regular talks with Mercedes CEO Ola Kallenius about their future together, but saw no reason why he would not continue to work with the German marque.

"I really have enjoyed many years in F1 in that role, and the discussions that we are having are very good," Wolff said.

"I am happy that my relationship with Ola is probably as good as it can be, and we speak almost every day and there are many factors that make me want to stay in F1.

"On the other side, it takes a toll, and this plays into my under consideration.

"But as it stands there is no reason not to continue with Mercedes, and we will find out in which role."

Asked if it was possible he would no longer be team principal of Mercedes, Wolff replied: "This is down to the discussion between Ola and myself.

"We want to do the best for the team and continue to see the team prosper. And as I have said before, I really enjoy the role, and my plan is to continue.

"I enjoy what I do. I enjoy it mostly because I love to work with the people that are within the team.

"There is no better place for me to be in meeting room with the engineers, to sit in the garage and watch the great work that is happening around. I enjoy the battles that we have off track. I like to engage with our sponsors and partners.

Six-time world champion Lewis Hamilton is also out of contract at the end of the year, and has said he would like clarity on Wolff's future before making a decision on his own plans.

"It's flattering that he says that it is dependent on what I do, but I think he doesn't need me," Wolff said. "He has a great team there that will always support him.

"But as I said before, I haven't taken the decision yet. These are discussions that are ongoing and that are positive and I enjoy them.

"I don't want to give you the spin that I'm leaving, because that's not the case.

"I'm in a moment of reflection, where Formula 1 is heading to, what is happening around the COVID case and also personal reasons that I said before.

"Susie [Wolff] is in a good place running a Formula E team and that means she's away a lot. I've been to God knows how many races, 120 Formula 1 races, in the last eight years.

"That is something we're thinking about."