Several Formula 1 drivers with prior experience of racing at Zandvoort believe racing in the Dutch Grand Prix is likely to be "processional", even though the track is "awesome to drive".

While welcoming Zandvoort's return to the calendar, Renault's Daniel Ricciardo was among those unconvinced that the track's layout is currently conducive to modern grand prix racing.

Ricciardo contested the F3 Masters race at Zandvoort in 2008 and 2009, and he has also driven a Red Bull F1 car there in demonstration runs.

“Full honesty here, the track to drive on is pretty awesome,” said the Renault driver. “It’s high speed, it’s old school, big balls. From a driving point of view, it’s fine. But how fast it is and how narrow some places are, I don’t think it would be that exciting for overtaking – just my initial feeling.

“With the speeds we go now, following another car will be very difficult. That’s my reservation with it. I think it’ll be a very processional race, otherwise the track’s cool.

“I’m a bit torn. To drive on it’d be fun but to race - with the width of the cars now it’s probably a bit like a street circuit through some places. It’ll be tricky to make a really exciting race.

“I only drove a demonstration [in an F1 car], but I raced there in F3, and it keeps your eyes open. Big balls.”

Nico Hulkenberg, who won the Masters event in 2008 and also competed at Zandvoort in A1 GP, shared his teammate’s concerns about overtaking.

“I loved Zandvoort in my junior times in F3, following BMW and A1,” said the German. “Good memories of a cool track, a great location, and obviously Dutchies are always fired up and ready for a good party.

“Scheivlak is one corner that was a corner where you had to be brave and ballsy, I’m sure that’s going to be massively quick in F1, so it’s going to be fun and interesting to see these cars there.

“But even in F3 [overtaking] was almost an impossible task. The track layout was not the most inviting for overtaking and racing unfortunately.”

Toro Rosso's Daniil Kvyat has raced at Zandvoort in a variety of junior categories during his career - Formula BWM, Formula Renault and F3.

But while the venue is among his favourites, he too admits passing other drivers will be a challenge.

"That's what was the first thing I thought - overtaking there might be a problem, because [it has] a lot of awesome high-speed corners, but with modern cars it is obviously hard to follow," Kvyat said.

"The track is awesome to drive, honestly. Like in F3 it was my favourite track, but yeah, that's the question mark about it."

Mercedes driver Valtteri Bottas, who won the Masters event in both 2009 and 2010, said he would enjoy the challenge of a track that punishes mistakes.

“It’s a great circuit, an old school circuit that drivers love,” said the Finn. “Making mistakes there in the high speed section can be very penalising, and we feel we are a bit more risking ourselves in that track, which is a nice feeling for a driver.

“I look forward to it. Even in F3 races there was a lot of people, a lot of spectators, good atmosphere. I have good memories from there. It’s going to be nice.” 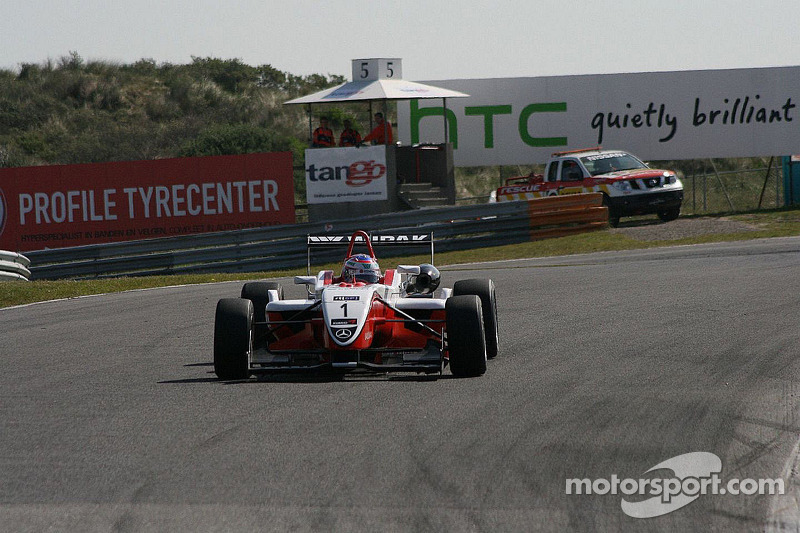 Get the best seats in the house for the French GP

Albon had to "rewire brain" to drive Red Bull car