Lewis Hamilton has revealed he told Sebastian Vettel not to “disrespect” him again after being hit by the Ferrari driver under the safety car during June's Azerbaijan Grand Prix.

In an exclusive interview with Motorsport.tv's The Flying Lap, (https://motorsport.tv/program/the-flying-lap/25) Hamilton explained what he said to Vettel in private following the incident.

Audi to withdraw from World Rallycross

British GP open to August date to save F1 race 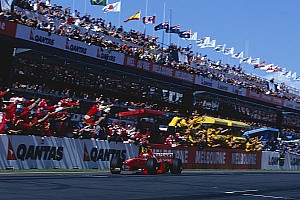 When Irvine stepped out of Schumacher's shadow