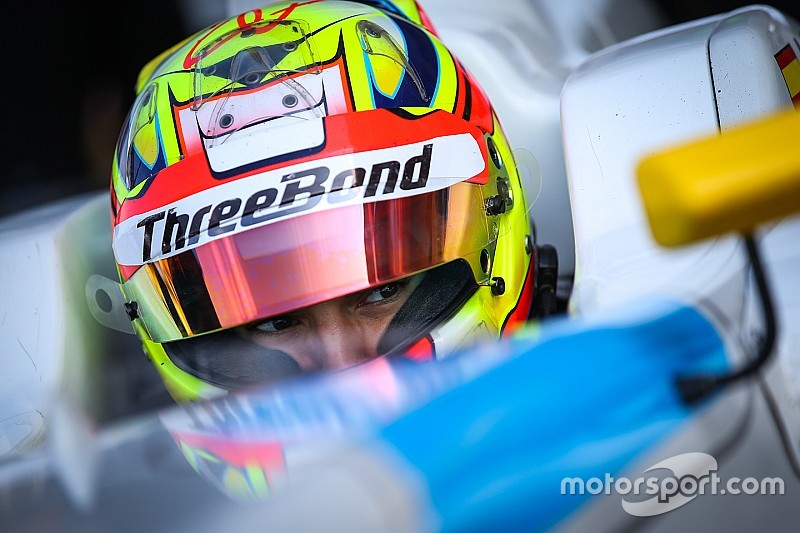 Alex Palou has claimed his third Formula V8 3.5 pole of the season in Austin, setting the fastest lap of the weekend, as Pietro Fittipaldi was second with an identical lap time.

Palou, who is replacing Nelson Mason at Teo Martin Motorsport for the third consecutive round, set his 1m49.411s with less than two minutes of the session remaining.

Struggling to find a set-up that suited him during Thursday’s practice sessions, he found the right balance in the car for the first qualifying session – where he grabbed fourth – and made minor tweaks for race two qualifying.

Joining him at the front is championship leader Pietro Fittipaldi. The Lotus driver set exactly the same time as Palou, but as his lap was set as the chequered flag came out he couldn’t snatch pole position away.

Fittipaldi, who said he was struggling to find the right balance in the car in qualifying one, will be starting on the front-row in both races and told Motorsport.com that he’ll be looking to go on the offensive for the pair of races.

Egor Orudzhev, also a championship contender, finished just one-tenth away from pole with a 1m49.535s. Throughout the

Throughout the session, the SMP Racing driver regularly set front-running times but couldn’t find the extra time when it mattered.

He’ll be joined by race one pole-sitter Rene Binder, who struggled to live with the extra pace of the trio in front and left it until his last lap to claim fourth place.

It was a brace of fifth places for Matevos Isaakyan as the Russian, who is second in the championship standings, couldn’t break into the 1m49s with a 1m50.081s.

Alfonso Celis will line up on the third row with his final lap of the 30-minute session, relegating Roy Nissany to seventh by 0.008s.

Diego Menchaca will provisionally start eighth but was told to report to the stewards after qualifying because of a pit-lane speed violation.

Rounding out the field is Konstantin Tereshchenko, Yu Kanamaru and Giuseppe Cipriani.