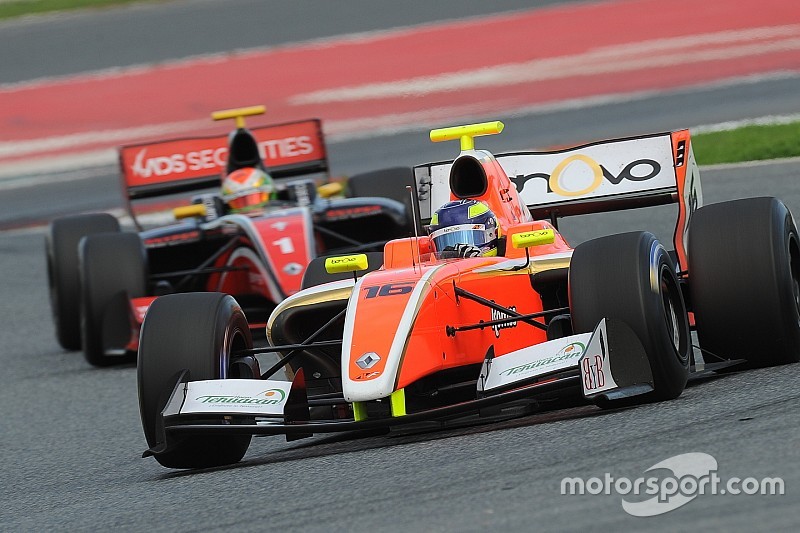 Tom Dillmann became the 2016 Formula V8 3.5 champion by winning the final race of the season at Catalunya from seventh on the grid.

Despite starting on the fourth row, Dillmann was right behind pole-sitter Louis Deletraz after the start as the latter was passed by the trio of Matevos Isaakyan, Roy Nissany and Pietro Fittipaldi even before Turn 1.

Deletraz followed him a lap later but the Swiss driver rejoined behind the Frenchman.

Things took a turn for the worse for Deletraz when both Nissany and Fititpaldi rejoined between the title rivals and race leader Isaakyan suffered a slow stop to drop to a provisional fifth.

That allowed Dillmann to take the lead with Deletraz only running fourth.

Running two seconds behind Dillmann, Nissany couldn't make up much ground throughout the final 15 minutes of the race and it was the Frenchman crossing the line in first place.

The duo had a significant pace advantage over the rest of the field in that second stint, with Fittipaldi finishing as best of the rest to secure his maiden podium finish in the series.

Unable to get ahead of his teammate, Deletraz settled for fourth in the race and seven points behind Dillmann in the standings.

Isaakyan couldn't recover from fifth despite closely following Deletraz, as Rene Binder and Egor Orudzhev, who came back from stalling on the grid and triggering a second formation lap, completed the top seven.

Orudzhev secured third in the standings as a result.

The final point-scoring position was taken by Jack Aitken, who lost out from third on the grid after taking the escape route at the first chicane on Lap 1.