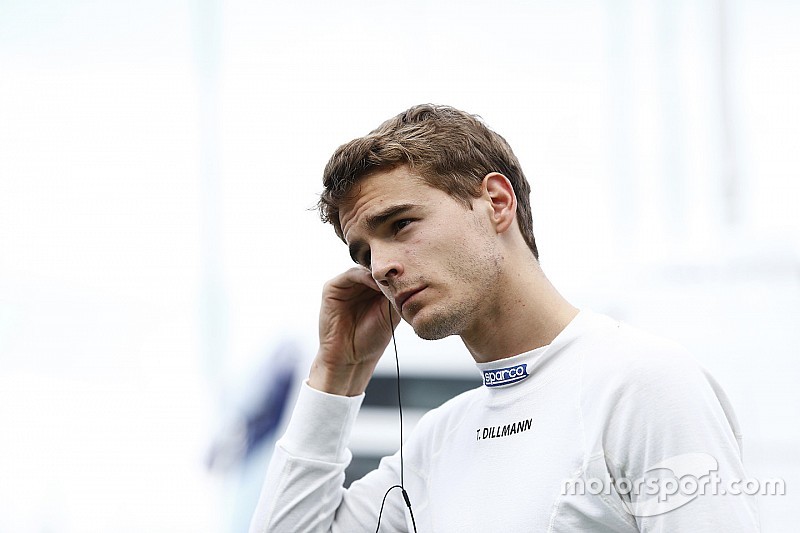 Dillmann will partner Mexican driver Alfonso Celis, with AVF becoming the first team to settle its line-up for the 2016 campaign.

He put pen to paper with AVF after a strong showing in the post-season test at Aragon, where he topped three of the sessions.

"I am really happy to rely on a skilled, quick and experienced driver like Tom Dillmann," said team boss Adrian Valles. In the recent round of testing at [Aragon] he did a great job, we had a good time with him and he appreciated our work method.

"So we quickly found an agreement for the next season. Together with Celis, who grew up consistently race after race in 2015, I think Tom will form a great line-up that will allow us to aim for the top in every single race."

Dillmann also recently made his WEC debut, winning his first LMP2 race with Signatech at Shanghai.

"I'm delighted to take part in the Formula 3.5 V8 season with AVF," Dillmann said. "I thank Adrian Valles for providing me with this great opportunity.

"After the test we had together at [Aragon], I'm sure we will be able to enjoy a succesfull season. The car is one of the best in business, it's really quick and thrilling and I think I still have some unfinished business in single seaters.

"I never managed to be in the right place at the right time, but with AVF I feel I'm in the right position to score the results my abilities can do and reverse my fortune."