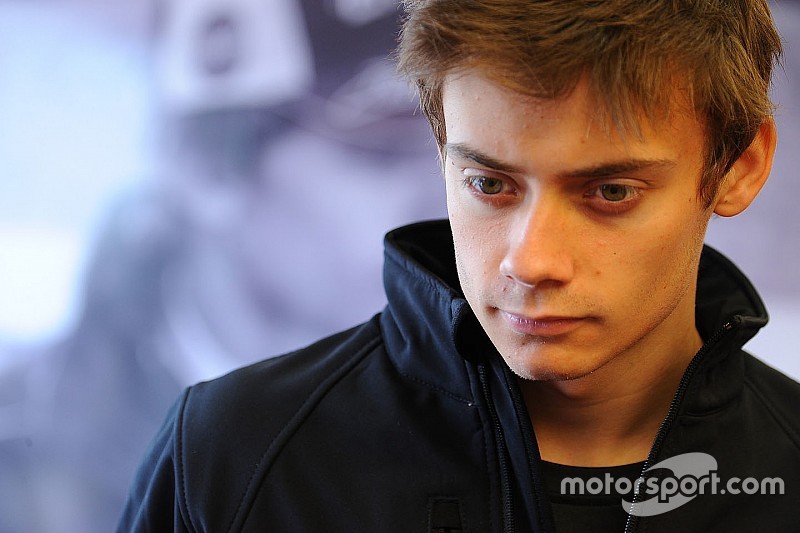 AVF's Tom Dillmann has been reinstated as the Formula V8 3.5 championship leader after rival Louis Deletraz was penalised for their collision in the Saturday race at Jerez.

Dillmann and Deletraz spent much of the race battling for fourth, their fight culminating in a collision on lap 17, which left the Frenchman in the gravel on exit of the Angel Nieto corner.

Deletraz, a Renault F1 junior, went on to finish fourth, the 12 points for which would have seen him overhaul Dillmann in the championship standings by one point.

However, the Swiss driver was assessed a 10-second penalty out of the race, dropping him out of the points-scoring top 10 and putting him back to 11 points adrift of Dillmann with three races to go.

Speaking after the race, Dillmann suggested Deletraz got close enough to mount an attack by going faster at Turn 8, where Giuseppe Cipriani had gone off.

Of the collision itself, he said: "I was already turning, he touched my wheel with his front. That ended my race. The penalty was fair. "

Deletraz, meanwhile, said: "Obviously, we both have different opinions on that. I honestly think the 10-second penalty is a joke, I do not accept it.

"There's a clear rule that as soon part of your car is alongside another one, you need to give space. I was half a car next to him, he turned into me, we made contact.

"I don't deserve this 10-second penalty, but it's like it is, now we look forward."