Fifth place for Muller and Draco in Race 2 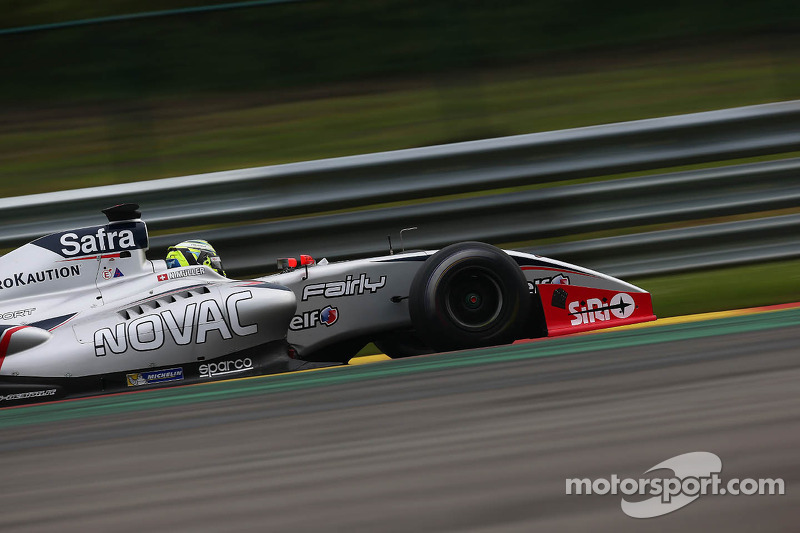 André Negrao was involved in a scary four-car crash that luckily left him unscathed.

Nico Muller and Draco Racing clinched a satisfying fifth place in the second race of the Spa F.Renault 3.5 weekend. It was a great result for the Italian team, especially considering that less than 24 hours before Nico's car had suffered heavy damage in the Race 1 crash with Brazilian Yann Cunha, a shunt that left the Swiss driver with a sore wrist. 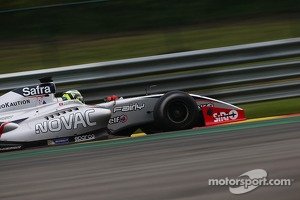 Thanks to a great effort by the Draco guys, that worked overnight until 5 o'clock AM, the #18 car was ready for the morning qualifying session at 9.50 and Muller offered the team his thanks in the best possible way, clinching a front row start for Race 2. Nico's 1'58"593 was one tenth shy of pole position, and showed that both driver and car were in good shape for Race 2.

The early part of the race confirmed that feeling, as the Swiss nailed a perfect start and jumped to the lead. Anyway, Vandoorne was in his draft and made the most of the long Kemmel straight to pass him. Not being in the condition to challenge the Belgian driver, Muller settled for second, a place that he kept until the tyre change.

His in lap was good, but a slow pit-stop dropped him to P5, a position he defended easily until the checkered flag. André Negrao, on the other hand, had a Race 2 to forget even if his qualifying had been quite good to, seeing him secure a P11 start.

The Brazilian was quick off the line, but then while exiting Eau Rouge he was collected by the spinning car of Lucas Foresti, remaining involved in a scary four-car crash that luckily left him unscathed.

Nico Muller (Q2 - P2; R2 - P5): "First of all, I want to give thanks to the whole team, they did an amazing job in fixing my car for the early morning, I can't thank them enough for that. I was obviously happy with P2 in Qualifying, and this 5th place in the race isn't too bad too. It's a pity, because without the time lost in the pit-stop I would have been third, but mistakes happen in motor racing, and after this weekend I can't blame the guys. They were just great".

André Negrao (Q2 - P11; R2 – DNF): "What could I say after a race that lasted two corners? I was very unlucky, Foresti lost his car just in front of me and while he was spinning I had to chose which way to go. I picked the wrong one, and I was collected. It was a pity because the car was quite good".

World Series by Renault scores another big success at Spa

Points finish for Sirotkin and I.S.R. in eventful Race 2