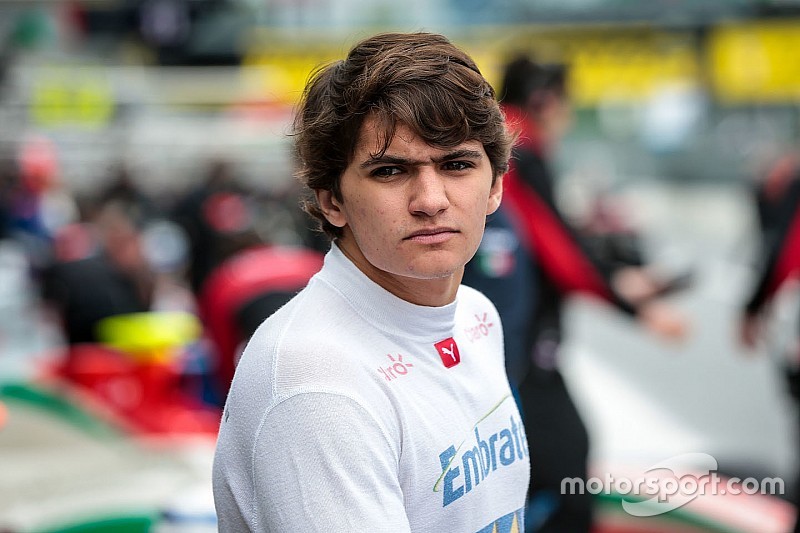 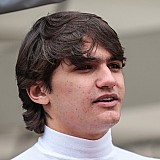 In his latest column for Motorsport.com, Pietro Fittipaldi looks back at two tough Formula V8 3.5 rounds, which left him without a podium finish despite three pole positions.

After not being on the podium at Spa-Francorchamps or Monza, I am in a different position compared to when I won twice at Silverstone.

We are very fast, we can get almost all the pole positions - we qualified second, first, first and first.

If a person didn't know what then happened in the races, for sure he would think 'well, this guy will have at least won one of the races or finished on the podium two or three times'. But after the three poles, we didn't even finish on the podium which is the crazy part.

We are doing our best to keep improving on the race starts, that is our weakest point now.

It's a little complicated, but we are trying to resolve the issue, the team and I are doing our best, we already have a plan what to do.

At Spa, we did a decent job in qualifying, second for the first race and getting pole position for the second race.

Unfortunately, in Race 1 the clutch overheated and the anti-stall kicked in at the start.

After that, the downforce level we had, which we thought was going to work, was really low compared to other guys with medium downforce.

Because of that we had really slow laptimes - like two seconds a lap slower - so that race was difficult and I was only eighth.

Going into the second race, we knew what we had to do and we went with the correct downforce level, we were starting from pole and I was able to keep the lead in the first lap to open up a gap of probably about two seconds.

The plan was just to have a clean pitstop, go back out - and from then on it should be easy to win the race.

Unfortunately when I came into the pits, I stopped well, the guys put the tyres on well, but when I released the clutch, the car stalled so it was a disaster.

The pace was there to win races but the championship was reset because everyone was on the same points again.

At Monza in Race 1, we were again having a clutch overheating problem. When I released the clutch, I got an immediate wheelspin because I had a lot of friction. It was really aggressive so I was not able to control this.

Going into the first corner, I was just managing the problem. It was a bit tight with Alfonso [Celis] so I had to go a bit on the sausage kerb and it triggered the anti-stall system in my car.

To activate the system, it always takes around two to three seconds or so because you have to go down the gears and then release the clutch.

I had to do this like two or three times to actually get going, and that is why on the exit of Turn 2 I was still slow and that is why I think [Damiano] Fioravanti hit and punctured my rear tyre.

Even pitting and losing a minute, you obviously want to keep going as fast as you can, it was just to get the fastest lap of the race, which we did. Also we were waiting for a safety car but it didn't come.

Strategy didn't play out in Race 2

In the second race the start wasn't so bad, but I had to avoid collision on the exit of Turn 2 and I lost a couple of positions, but then gained them back to run in second.

I caught Roy [Nissany], who was in first place, so I thought we had a good chance to win the race, but then the safety car came out. My teammate Rene [Binder] had already pitted so he had the race won.

Our strategy was to pit either before or after Roy. We were faster than him, but I was having trouble trying to pass him because I didn't have any DRS left.

We thought that if we pitted on a different lap than him, I could have done an extra one or two laps to do quicker times and then I would have overtaken him after the pitstop.

Then Alfonso spun at Ascari, my engineer saw that and he thought another SC is going to come out so he said "pit now".

I'm sure Roy's team thought the same thing, they told him to pit, so then we both ended up pitting at the same time.

But the safety car didn't come. They just recovered the car - which was quite weird because the car was really in the middle of the road, in a dangerous position.

Yet they didn't want to get the safety car out, so that was a shame. From that point on, I had to try and pass Roy without DRS while he had DRS, so it was impossible.

When Roy and I went through Ascari, there were double yellow flags, and I think he thought it was going to be a full-on SC. He backed off a lot and I couldn't pass him because it was yellow flag.

Because of this, we lost around two or three seconds and, when his teammate Yu Kanamaru pitted a couple of laps later, he was able to rejoin right in front of me.

We didn't have DRS so I couldn't pass him, I was trying to put pressure on Kanamaru for him to make a mistake but that just wasn't enough.

Focused on next race

Hopefully the tables will turn, things will start coming our way again and we will be able to get the wins again.

Like my grandfather always says: "Learn from what happened, but think today and focus on what is next." There is always going to be another race so now we are focused on the next one.

The championship is only in its third race weekend and there are twice as many left.

I am sure I am going to be back on top, we are the fastest ones out there and we are going to be pushing and working, and I am sure we will be there.

Next up are two circuits I really like - Jerez and Motorland Aragon, where we were really quick in the test.

Spain gets quite warm in the middle of the summer, so tyre degradation is going to be a factor during the races. And even during qualifying I think we are going to have only one or two actual good laps on new tyres.

So that's another aspect to keep an eye out on, but I think we will be quick and we will be able to do a good job.