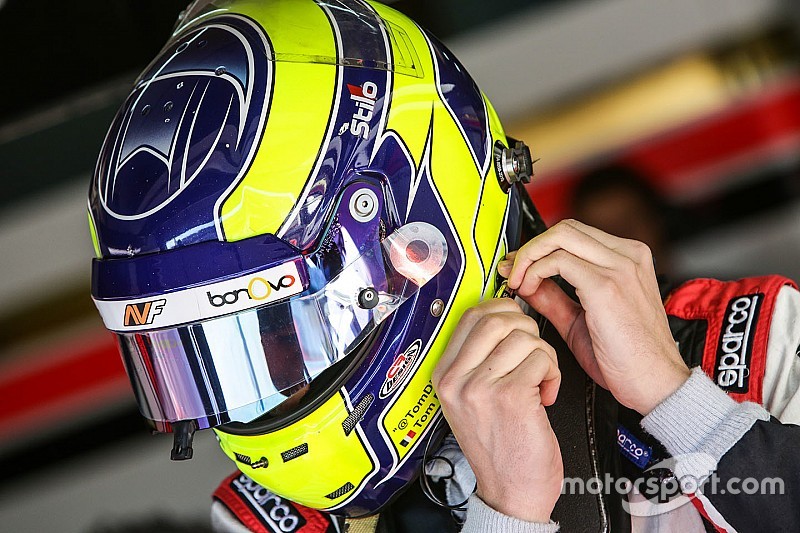 Lotus driver Roy Nissany led much of the wet-weather session and headed the timesheets at the chequered flag, only for a last-gasp lap by Dillmann to put him seven tenths adrift.

However, a few seconds after that, SMP Racing driver Vaxiviere went even quicker, the Frenchman taking a tenth out of Dillmann's time, only to have his benchmark deleted for track limits.

As such, 2015 runner-up Vaxiviere had to settle for third and will line up behind a Dillmann - Nissany front row.

Beitske Visser will start the race in seventh, ahead of Pietro Fittipaldi, Saturday winner Johnny Cecotto and Giuseppe Cipriani.

Of the 15 drivers in the field, five failed to set a time of any sort during the session, which was punctuated by two full-course yellow periods.

Hungaroring F3.5: Dillmann gets maiden win in heavy rain despite off