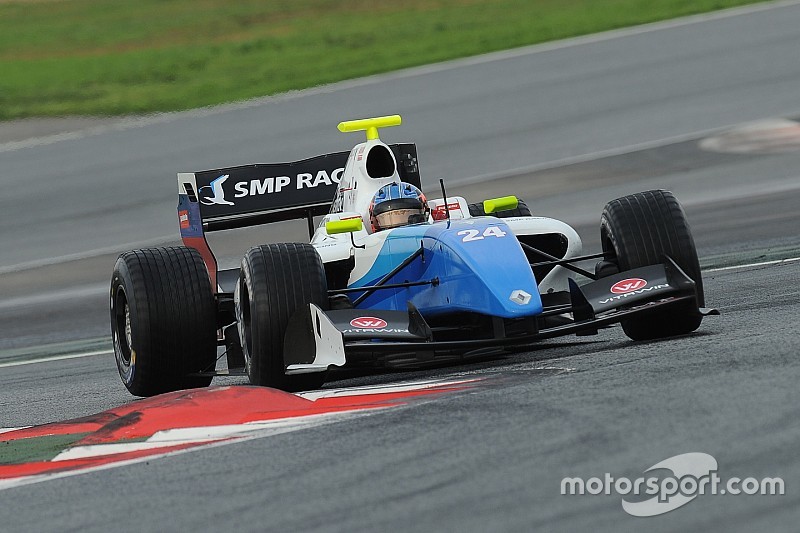 Russian driver Matevos Isaakyan will continue racing in the World Series Formula V8 3.5 in 2017, it has been announced.

Isaakyan, 18, will partner up with the Spanish AVF team, which last year helped Tom Dillmann to the category title.

"I am delighted to join AVF for this season," Isaakyan said. "The team has a successful history and it is the right place for my development as a driver.

"Next year could be a very good year, I am aiming to fight for the top three positions in the championship."

While his first four rounds in F3.5 yielded only two points, he was on the podium come Spielberg, and took a maiden victory in the penultimate round at Jerez.

As the future of SMP Racing's F3.5 team remains unclear, as per the boss of the programme, Isaakyan will retain SMP backing as he moves over to AVF.

"We are very happy to announce Isaakyan. We tested him in the past with Renault 2.0 and we know he is a really fast and talented driver," said team boss Adrian Valles.

"Last year he had a very good season in 3.5, so I think his experience will be key in order to battle for the lead from the beginning."

AVF has been part of the 3.5-litre championship since 2013 and enjoyed a breakthrough season last year, as series champion Dillmann and Force India development driver Alfonso Celis combined for a third-place finish in the teams' standings.

Dillmann, who has had several outings in WEC's LMP2 category, is yet to announce his 2017 plans, whereas Celis will remain in F3.5 but has already moved across to rival team Fortec.