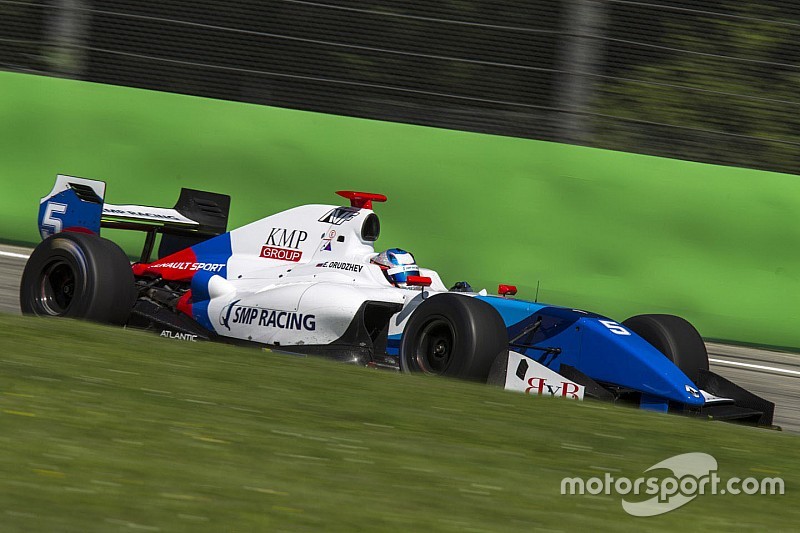 Seven-time Formula V8 3.5 race winner Egor Orudzhev set the pace in the Saturday qualifying at Jerez, claiming his first pole position of 2017 and his second overall in the series.

Orudzhev recorded his time of 1m26.811s with just one minute to go, beating Roy Nissany's earlier benchmark by half a second.

Nissany, quickest before the mid-session pitstops, also improved, but his effort was nearly two tenths off the pace.

Pietro Fittipaldi, who topped five out of the six previous qualifying sessions, narrowly held on to third.

He was just two thousandths of a second ahead of Alfonso Celis when the chequered flag fell, but a late flyer from Yu Kanamaru saw the Japanese driver split the duo, 0.001s behind Fittipaldi and ahead of Celis.

Championship leader Rene Binder was sixth, the Austrian driver opting to first enter the track while the others already ended their first stints.

Orudzhev's teammate Matevos Isaakyan and Diego Menchaca were seventh and eighth respectively, both within four tenths of the leader.