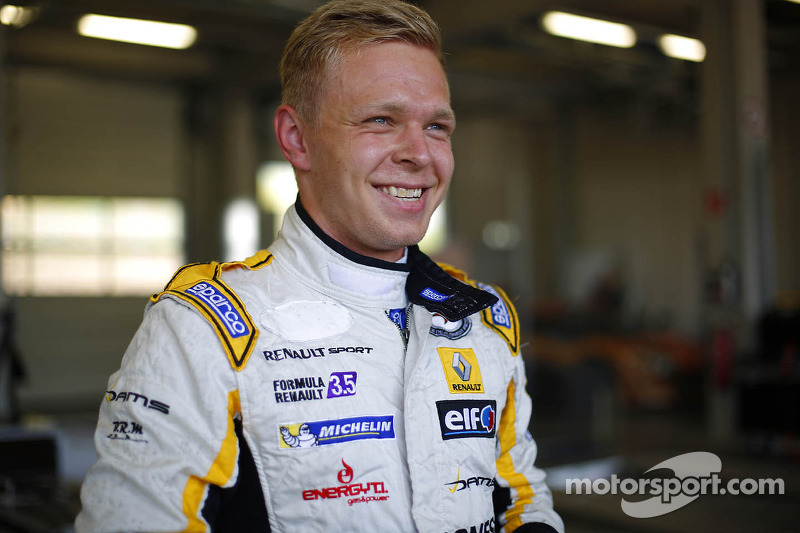 Today the World Series by Renault drivers tested on the Paul Ricard circuit in preparation for the weekend's event in France.

It was Kevin Magnussen who dominated the first collective testing session on Friday morning. The DAMS driver sat comfortably atop the timesheets after the first 15 minutes, although he did see his lead threatened by Antonio Felix da Costa (Arden Caterham) and Nico Müller shortly after the halfway stage.

Magnussen, however, responded nine minutes from the chequered flag, and improved with a lap of 1:48.392 with six minutes to go. The Dane finished the session ahead of Nico Müller and André Negrão (International Draco Racing), with Antonio Felix da Costa and Stoffel Vandoorne fourth and fifth respectively.

The second session proved much tighter. After seeing the fastest time change hands several times, Nico Müller moved to the top of the timesheets. The Swiss, however, was outpaced by Marco Sorensen (Lotus) shortly after the session’s mid-point. SMP Racing by Comtec’s Lucas Foresti and Daniil Move took the lead with 13 minutes left, before Marlon Stöckinger (Lotus) went fastest.

In the closing minutes, Marco Sorensen and Stoffel Vandoorne set successive fastest times. The Belgian’s effort, however, was beaten by Kevin Magnussen, who posted times of 1:48.072 and 1:47.836 with his final two laps. Nico Müller, Marco Sorensen and Marlon Stöckinger followed in that order.

Kevin Magnussen: "It’s a good way to start the weekend. There are no problems to report, but not everyone used fresh tyres like I did this morning. I don’t know if I’ll win the title this weekend, but that’s not what I’m focusing on."

Stoffel Vandoorne: "It was a pretty good day. We were a bit short of time this morning and in the afternoon, but our progress is good. I’m confident about tomorrow. It’ll probably be between me and [Kevin] Magnussen, once again! The goal will be to take maximum points from him, but it’s going to be hard."

Nico Müller: "It was a productive day in terms of our dry set-ups. We haven’t always been this close to the top in these conditions, so we’re pleased. If we improve a few set-ups, we should be in with a chance of pole. A podium finish would be ideal after Budapest, and it would help us aim for third place in the championship."