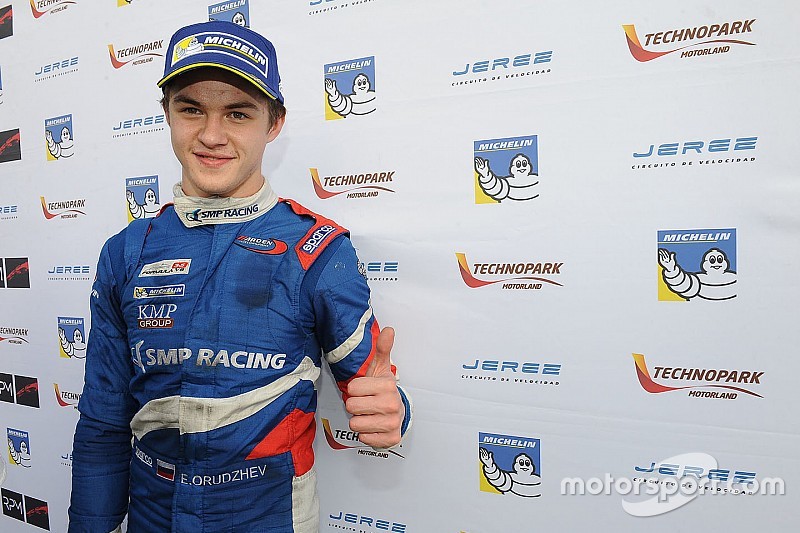 The Russian, who will spend his third season in the series this year, set his best time of 1m40.389s in Thursday's morning session.

Orudzhev's day then ended prematurely following a spin in the afternoon, resulting in the SMP-backed driver completing only five laps in the session.

Japanese sophomore driver Yu Kanamaru was a tenth slower than Orudzhev in second, ahead of Diego Menchaca, who was the fastest rookie and just 0.156s off the pace.

Menchaca, who is graduating from Euroformula Open, was second-fastest on Day 1, just a few hundredths off Pietro Fittipaldi's benchmark time from Wednesday.

Force India development driver Alfonso Celis Jr was sixth, less than half a second behind Orudzhev, as Fittipaldi wasn't able to maintain his strong Wednesday form and only took seventh.

He was just eight thousandths of a second quicker than his Lotus teammate Rene Binder.

The top 10 was completed by Damiano Fioravanti (Barone Rampante) and Konstantin Tereshchenko (Teo Martin), the duo followed by their respective teammates Giuseppe Cipriani and Nelson Mason.