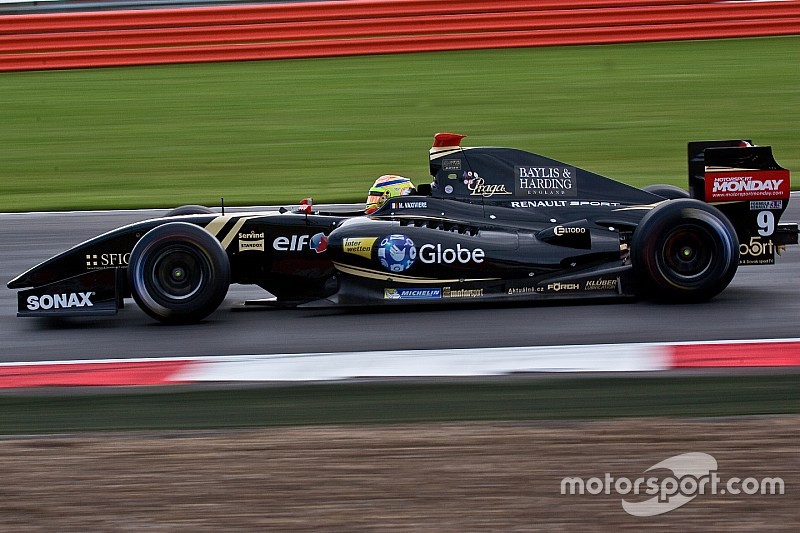 Formula Renault 3.5 championship contender Matthieu Vaxiviere has bolstered his chances of closing in on points leader Oliver Rowland with a dominant performance in qualifying 2 at Silverstone.

Vaxiviere ended up almost sixth tenths clear of second-placed Rowland, while Nicholas Latifi made up the top three on the grid.

Eight minutes into the session, Vaxiviere had already lowered the best time of the round thus far and, with teammate Nick Yelloly soon slotting into the second, the Lotus duo ended the first stint of flyers several tenths up on their competition.

Carlin's Tom Dillmann briefly took over out front after the mid-session lull, only for yesterday's poleman Tio Ellinas to immediately one-up him by four tenths.

But Vaxiviere was back to the top spot shortly thereafter and then strung together three purple sectors with his next lap for a time of 1m39.828.

Rowland, who sat 15th at the halfway point, managed to salvage second place, beating Yelloly, who carries a four-place grid penalty for not respecting blue flags in yesterday's race and will give up third place to Latifi.

Gustav Malja took fifth on the timing screens, just 0.002s off Latifi, but then lost his best time due to a track limits infringement. As such, it's Pietro Fantin who will join the Canadian on row two.

Ellinas and Dean Stoneman will line up fifth and sixth, ahead of the penalised Yelloly and Nyck de Vries, while Egor Orudzhev and Jazeman Jaafar made up the top ten.